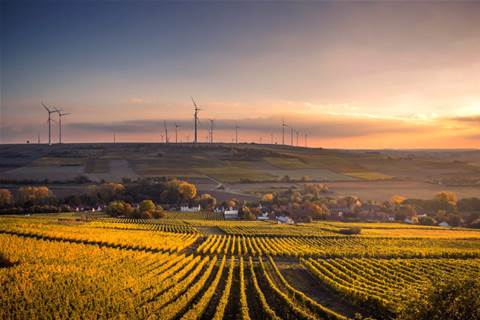 Multinational non-profit Greenpeace has released a report looking at which Australian companies are genuinely endeavouring to make changes to combat climate change, and which are all talk.

The Hero to Zero report (pdf), subtitled "Uncovering the truth of corporate Australia's climate action claims", called out several companies for ‘greenwashing’ or taking ineffective action that is then spun by PR or marketing to make the company look good.

No tech companies were named in the “Greenwash alert!” section that outlined the worst offenders – AGL, Qantas, Woodside and Santos.

Optus and data centre provider NextDC however were both called out in the “Green electricity or greenwash?” section for companies that “have made commitments to net zero emissions or carbon neutrality, but have yet to confirm a commitment to 100 percent renewable electricity by 2025.”

NextDC is known for marketing itself as 100 percent carbon neutral under the Australian Government's Climate Active program, this carbon neutrality is achieved through purchasing carbon offsets, ‘units’ that are associated with funding a project that stores or avoids the use of carbon.

According to the Greenpeace report, “Almost three-quarters of the company’s offsets retired in 2019 were VCUs (Verified Carbon Units) for a wind power project in India” among other carbon offset schemes.

There is no information about the quantity of emissions NextDC is producing or how much it is spending on carbon offsets.

The issue with carbon offsets, the report noted, are numerous such as that it is difficult to regulate and verify the impact of offset projects, and that the amount of emissions it is physically possible to offset is insignificant compared to the emission total.

In addition, ”Offsetting may also come to be seen by some companies as a ‘right to pollute’: an ‘acceptable’ way to facilitate greenwashing.”

The report suggested that “For NEXTDC to live up to its climate leader ambitions it needs to commit to switching to 100 percent renewable electricity by 2025, and support its customers to do the same.”

Optus, owned by Singapore’s Singtel, has signed up to reduce its Scope 1 & 2 emissions (direct and from purchased electricity) by 52 percent between 2017 and 2030, the report said. However, unlike Telstra and TPG Telecom, it has not committed to 100 percent renewable energy by 2025.

“Optus needs to rule out the potential use of offsets, increase the ambition in its targets and timelines and commit to 100 percent renewable electricity, or otherwise risk being left behind in the telco race to renewables,” the report stated.

Telstra was one of two companies named in the “Powering up with green electricity” section, noted for committing to 100 percent renewable by 2025 and reducing all emissions by 50 percent by 2030.

It has also committed to setting a target under the Science Based Target Initiative (SBTI) to set Scope 3 emissions (produced by the use of the company’s product) reduction goals.

Although it currently uses carbon offsets, committing to the SBTI means it will have to phase them out.