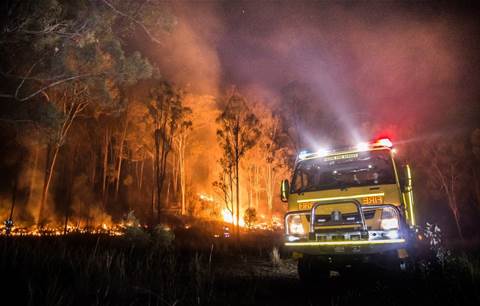 Optus and The Australian National University (ANU) have joined forces to develop a national system to detect and extinguish bushfires.

The two will establish and maintain a Bushfire Research Centre of Excellence to research and develop solutions to predict, identify and extinguish fires before they become deadly.

Funded till the end of 2024, the project will see researchers from both organisations work together to develop an autonomous ground-based and aerial fire detection system.

Optus said that by 2022, the program will hope to launch a constellation of satellites, managed by ANU, to complement the fire detection system.

The early stages of the program will see a pilot of infrared sensor cameras launched in the ACT.

“Our infra-red sensor pilot will be the first of many technologies which tested for early detection, which is absolutely critical to containing disasters before they destroy lives, homes, wildlife and the environment,” Optus Enterprise boss Chris Mitchell said in a statement.

The initial trial The trial, in partnership with the ACT Rural Fire Service (RFS), will place long-range, infrared camera systems on towers in bushfire-prone areas in ACT, allowing the ACT RFS to visually monitor and identify bushfires before they become out of control.

“If we are able to improve the speed and accuracy of fire detection it ultimately means we can improve our response and better protect communities and landscapes,” RFS acting chief officer Rohan Scott said.

Going forward, the program will be augmented by a geostationary satellite to help spot and track fires as well as deploy extinguishing technologies, according to the telco.

Existing and new technologies will be evaluated for use including: infra-red cameras, drones, robotics and satellites. Optus said it would also utilise expertise and research in space, communications, computer vision, sensing systems, defence, data analytics and bushfire science.

If successful, ANU’s own modelling suggested the project would save the country $8.2 billion over the next 30 years.

ANU Vice-Chancellor Brian Schmidt said the most recent bushfire season demonstrated that fires can cause massive destruction to the environment, homes, infrastructure and cost lives.

“That’s why we are building an integrated defence system to protect Australia from catastrophic fires. This will detect and attack fires before they grow.”