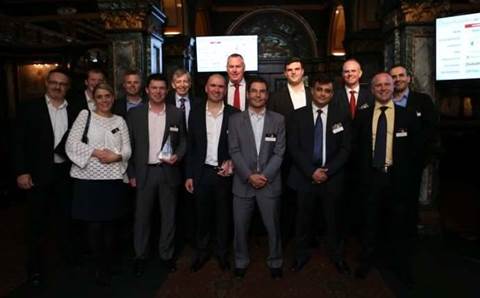 NextDC has named Optus as its enterprise partner of the year at its 2015 awards night.

The telecommunications giant beat out the likes of ASG Group, Blue Central and Telstra to scoop the award at the Hilton Sydney.

Optus Business products, solutions and ICT vice president David Caspari said the company was delighted to be recognised by NextDC: “We are committed to delivering the best results for our customers, and our relationship with NextDC has enabled us to be a key building block for Australian businesses wanting greater flexibility in their cloud deployments.”

SMB partner of the year went to Cloud Plus. The Brisbane-based cloud provider last week placed sixth in the 2015 CRN Fast50.

“NextDC has provided Cloud Plus with consistently high-quality data centre space in the major capital cities around Australia, backed by personalised account management, a single point of contact for support and a high degree of visibility and control through ONEDC," said Cloud Plus chief executive Jules Rumsey.

“However, extending beyond this, NextDC has provided advice, media support and sales leads to help us grow our business.”

NextDC has over 250 partners in its program and has already invested $221 million fitting out its five data centres in Sydney, Melbourne, Brisbane, Perth and Canberra. Last month, the company confirmed it has raised an additional $120 million to build its second Brisbane data centre.

Enterprise partner of the ear

SMB partner of the year

New partner of the year

As-a-service partner of the year

Carrier partner of the year

Advisory partner of the year

Innovation partner of the year