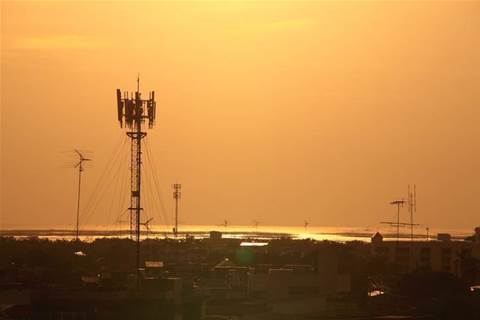 Telecommunications carrier Optus has hit out at a lack of coordination between federal, state and local regulations that govern how mobile phone cells and towers are deployed, branding current arrangements as unfit for the 5G era.

The telco on Friday issued a substantial positioning paper on “Deployment Reform” need for a national 5G rollout, saying that present regulations dictating the how and where of cell deployment were written for the 3G and 4G kit where base stations and cells can be a kilometre apart.

That isn’t the case with smaller ‘low impact’ 5G cells Optus reckons will be no bigger than the size of a backpack but will need far denser deployment “to less than 500 metres for 5G small cells”.

The central argument is that because 5G needs many more cells packed more closely together, there needs to be a big government rethink on the real estate rules of where they can go.

And because the economics of 5G favours more densely populated areas, the space shortage for small cells is aggravated by the fact there are simply less places to hang them off and plug them in.

Optus reckons there needs to be a total rethink around the rules governing the physical placement Australia’s Radio Access Network otherwise the 5G rollout could stall, a possibility unlikely to make NBN Co anxious.

“The Australian regulatory environment is lagging the world in its preparation for the next wave of mobile technologies,” Optus complains in its paper.

“The densification of the RAN presents challenges for the economics of 5G investments and brings deployment costs to the forefront. The cost of site approval and access, whilst proportionate for the deployment of macro sites, can be prohibitive to the deployment of the many thousands of low cost small cells required for 5G.”

It's probably not a bad thing that the price of property is falling, because if the equation that at least two to three cells will be needed, they are certainly going to take up a lot more space on poles, the roofs of buildings, in malls and transport hubs and offices.

Aside from haggling with cellular landlords and grumpy spectrum averse neighbours, 5G telcos like Optus will also have to navigate all three layers of government to hang their 5G kit.

“The current deployment rules were designed to deal with the deployment of large stand-alone macro-towers, 50 metres tall, worth many hundreds of thousands of dollars, and which took around a year to deploy. The rules were not designed for the mass deployment of small cells infrastructure,” Optus remonstrated.

“A regime that is based on per site approval or site-by-site exemptions is inherently costly and inefficient,” it said.

So instead of the existing development consent it wants a standardised set of rules about were small 5G cells can go coupled with a rather ambitious call for “standard rents and access fees.”

That demand might get some traction with government owned property and new builds, but will probably get short shrift from existing lessors who logically stand to have their yields diluted.

And then there’s the ultimate bugbear of urban modernisation, pesky heritage rules that ensure the physical and visual preservation of legacy architecture.

A major problem is the issue of “low impact exemption” rules that let telcos put up cells if you can’t really see them and they don’t get in anyone’s way.

“While small cells would typically fall within the application of the low impact exemption it is not always the case,” Optus says before rattling off a list of council and city planning curiosities.

“If the location is subject to heritage or environmental zoning, the low impact exemption does not apply. This applies even where the small cell is to be attached to a utility pole or other non-heritage items. This issue impacts inner city and CBD areas disproportionally,” Optus correctly observes.

That means it may have to arm wrestle utilities and pole owners keen to make an extra buck on already ‘gold-plated’ poles and wires that are falling in value as grid energy consumption declines.

“It is appropriate that carriers pay the additional costs associated with small cell deployment; the issue is whether pole and land owners should be able to profit and delay the deployment of advanced 5G networks.

“This issue is magnified by the need to often pay two rents for the same location – one to the pole owner and another to the owner of the land on which the pole is located,” Optus warns.

“We also observe an increasing trend of land owners, utilities and state entities viewing the future deployment of more cells and fibre links as a potential revenue source, rather than as an economic development.

For example, the Queensland Department of Roads recently made public submissions calling for curbs on the ability of MNOs to deploy infrastructure on its assets. Further, it sought to enact higher charges and further delay in the existing processes.”

Governments trying to make money out of telecommunications … who would have thunk it?