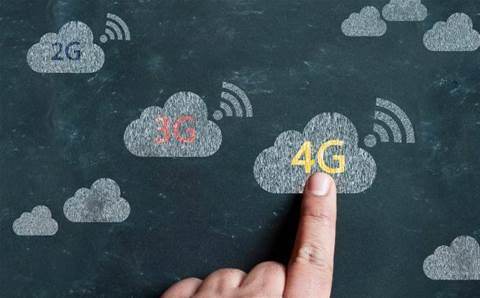 Optus and Vodafone were found to have better availability of 4G services and latency experience compared to Telstra, but still lag behind in both upload and download speeds.

Optus reached 91.9 percent 4G availability in Australia, followed by Vodafone with 90.3 percent and Telstra with 89.4 percent.

“We typically see 4G availability scores of 90 percent in countries with very mature and very extensive LTE rollouts, for which Australia definitely qualifies. Australia's achievement is that much more impressive, though, as it is vast in size,” the report read.

“Reaching 90 percent 4G availability in a city-state like Singapore or a densely populated, compact country like South Korea is an easier feat.”

An Optus spokesperson told CRN, "It’s great to see that Optus is leading the way in 4G availability in Australia and that Australian consumers are experiencing the benefit of our excellent 4G network"

"This result is testament to our continued investment in our network, ensuring that our customers receive the best possible network experience both in the cities and regional towns across the country."

Optus and Vodafone were tied for having lower latency compared to Telstra, with overall latencies below 35 milliseconds. In comparison, Telstra recorded 41.8 milliseconds.

Latency is a gauge of a network's response time, where a lower latency connection would have less lag time in real-time communications apps, faster loading webpages and videos and better mobile gaming.

Telstra meanwhile recorded the best download and upload speeds of the three, reaching 41.1 Mbps and 9.3 Mbps respectively. Opensignal said the speeds were “among an elite class” of operators globally.

In comparison, Optus and Vodafone had average download speeds of 36.4 Mbps and 32.8 Mpbs, respectively, while upload speeds were 7.2 Mbps and 7.8 Mbps.

“As smartphones become more powerful, they're being heavily relied on for more upstream-intensive applications like video chat and video sharing.

“As more mobile consumers move toward content creation rather than mere content consumption, we expect operators will need to begin investing more in upload capacity to ensure they maintain a good mobile experience.”

“Video experience”, which measures wait times before a video begins rendering and stalling during playback in a 100-point scale, had both Telstra and Vodafone tied at 69 and 68.9, respectively, beating Optus’ 67.6 rating.

"Vodafone is proud of the ongoing investment we make in our mobile network," a Vodafone spokesperson told CRN.

"We are committed to delivering the best possible network experience for our customers."

Opensignal said there were “quite a few surprises” as the results didn't necessarily mirror national results. The report found Optus wasn't the undisputed winner in 4G availability in any of the five cities.

“Typically operators focus their network investments in urban areas, and we definitely see evidence of that here, resulting in much more parity in our results,” the report read.

“4G availability scores were exceptional in these markets, exceeding 94 percent in a few cases.”

Meanwhile Telstra “dominated” the Video Experience category in in every city except Perth, while latency results varied across each city.

Telstra also maintained its dominance in upload and download speeds, apart from Perth were it was tied with Vodafone in upload speeds. The report also found download speeds also varied regionally, with Telstra getting speeds of 63.2 Mbps in Adelaide, 55.7 Mbps in Brisbane and 50.6 in Perth.

Eliminating departmental friction within MSPs
By Nico Arboleda
Apr 30 2019
11:45AM