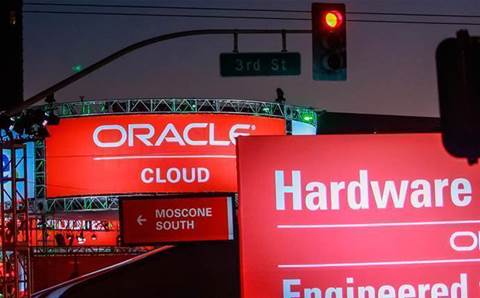 Oracle said Thursday it reached a deal to purchase SD-WAN standout Talari Networks, a pure-play vendor in one of the industry's hottest markets.

The acquisition, at an undisclosed price, should enhance Oracle's cloud networking capabilities at a time when the enterprise software powerhouse is looking to differentiate its Oracle Cloud Infrastructure capabilities.

Talari was one of the first companies to offer a technology that allows IT administrators to deploy private networks spanning the Internet through a software layer that abstracts away from underlying hardware.

The venture-backed company founded in 2007 has received US$53.5 million in funding throughout its history and has more than 500 customers.

Oracle said the deal should close this calendar year.

SD-WAN has massively disrupted the business of monolithic MPLS networks and routers by improving application performance and security while bringing down costs.

Earlier this year, Talari told CRN USA its accounts were growing by 175 percent quarter over quarter.

In September, Talari rolled out its Cloud Connect platform to distinguish itself from the crowd of vendors piling into the rapidly growing market.

Talari has also focused on building what it calls "failsafe" networks, which ensure high availability, reliability and security.

In late 2017, the company hired Dell Technologies veteran Patrick Sweeney as its new CEO as it launched a push for all sales to go through the channel.

"Together, Oracle and Talari will accelerate digital transformation and cloud adoption by providing companies with complete enterprise network solutions that ensure reliability and performance of real-time communications and mission-critical applications over any network," reads an Oracle statement.

Oracle is the latest enterprise technology giant to buy itself a position in the SD-WAN market.

HPE's Aruba, Cradlepoint, Aerohive, Juniper Networks and Riverbed Technology are also all racing to stake a position in the market, as well as pure-play SD-WAN providers like Aryaka and Silver Peak.

IDC estimates that worldwide SD-WAN infrastructure and services revenue will grow 70 percent annually, reaching more than US$8 billion by 2021. Gartner expects by the end of 2019, 30 percent of enterprises will have deployed SD-WAN technology in their branches, up from less than 1 percent in 2015.