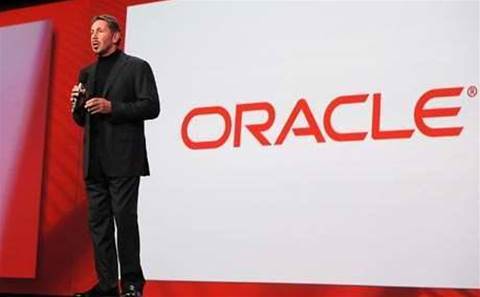 Oracle Tuesday said it has entered into an agreement to buy Corente, the maker of an SDN (software defined networking) technology that accelerates the deployment of cloud-based applications, for an undisclosed sum.

Oracle said it expects the deal to result in what it called a "complete technology portfolio for cloud deployments with SDN offerings that virtualise both the enterprise data center LAN and the WAN."

"The combination is expected to enable companies to quickly and securely provision and manage global private networks connecting to any site, over any IP network," said Oracle in a prepared statement.

The Oracle acquisition, however, could pose a conflict with Corente's status as a Microsoft Partner Solutions Center (MPSC) partner. Corente entered into the deal with Microsoft last April in a partnership that it promised would "enable Corente's services delivery network to extend the reach of Microsoft's server products and cloud offerings to include enterprise networking as a cloud service."

Oracle and Corente were unavailable for comment on whether the acquisition would affect the Microsoft partnership or whether Oracle solution providers will be able to sell the Corente products once the deal is complete.

Oracle said in a prepared statement that Corente customers should continue to buy products from their Corente "sales representative".

"Corente customers should continue to use existing Corente contacts for support, professional services and sales to address immediate and ongoing needs," said Oracle. "We will communicate all changes and transitions occurring after the close of the transaction well in advance through these familiar channels."

The CEO for an enterprise solution provider, who did not want to be identified, sees Oracle playing "catch-up" with rival Hewlett-Packard, which has invested aggressively in an SDN offensive.

"HP has put their money where their mouth is with SDN," said the CEO. "[HP CEO Meg] Whitman has invested heavily in innovating with HP Labs and is catapulting beyond Oracle."

The CEO said Oracle is relying more heavily than ever on acquisitions to make up ground in the emerging markets rather than through organic research and development.