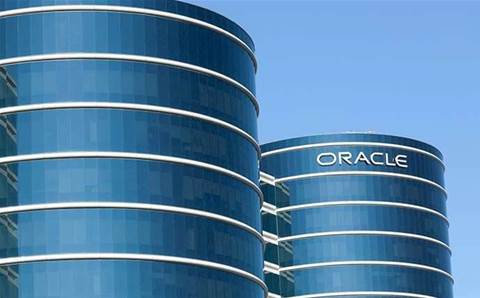 Oracle has struck a deal to acquire cloud application company NetSuite in a deal valued at US$9.3 billion, the two companies said Thursday morning.

Oracle said it would pay US$109 per share in cash to acquire California-based NetSuite, a fairly significant premium above NetSuite's stock price of US$91.56 at the close of trading Wednesday.

The companies expect to complete the acquisition by the end of this year pending regulatory approvals, approval by NetSuite shareholders and other closing conditions.

The acquisition brings to Oracle NetSuite's cloud-based ERP, CRM and ecommerce applications. While the company was originally most successful in selling to small and midsize businesses and organisations, more recently it has been adding large enterprises and global companies to its customer roster.

NetSuite has been a fast-growing company, consistently reporting revenue growth between 30 percent and 35 percent every quarter. But the focus on growth came at a price: the company had yet to turn a profit and financial analysts said pressure on the company's stock in the last year indicated that investors were getting impatient.

In fiscal 2015 ended 31 December, NetSuite reported sales of US$741.1 million and a net loss of US$124.7 million. The company is scheduled to report its second fiscal quarterly results later today.

NetSuite has traditionally seen SAP and Microsoft, the latter with its Dynamics ERP and CRM applications, as its main competitors, particularly among SMBs. California-based Oracle, a longtime seller of on-premise ERP, CRM and other business applications, has been expanding sales of its cloud-based applications in recent years, although its customer base is more weighted toward large enterprises.

"Oracle and NetSuite cloud applications are complementary and will co-exist in the marketplace forever," said Mark Hurd, Oracle co-chief executive, in a statement, providing the only real hint about Oracle's plans for NetSuite. "We intend to invest heavily in both products – engineering and distribution."

"NetSuite has been working for 18 years to develop a single system for running a business in the cloud," said Evan Goldberg, NetSuite founder, chairman and CTO, in a statement announcing the deal. He called the deal "a winner" for NetSuite's customers, employees and partners.

"NetSuite will benefit from Oracle's global scale and reach to accelerate the availability of our cloud solutions in more industries and more countries," NetSuite CEO Zach Nelson said in the statement.

Oracle and NetSuite already have many connections. Goldberg worked at Oracle before leaving in 1998 to start NetSuite with US$125 million in financial backing from Oracle founder, CTO and Executive Chairman Larry Ellison.

That has always led to speculation that Oracle might one day acquire NetSuite. But it also means that Ellison will personally benefit financially from the deal. In the statement, the companies were careful to state that: "The evaluation and negotiation of the transaction was led by a special committee of Oracle's board of directors consisting solely of independent directors. The special committee unanimously approved the transaction on behalf of Oracle and its board of directors."