Oracle Australia hires 200 direct sales, "can do a better job" with fewer partners 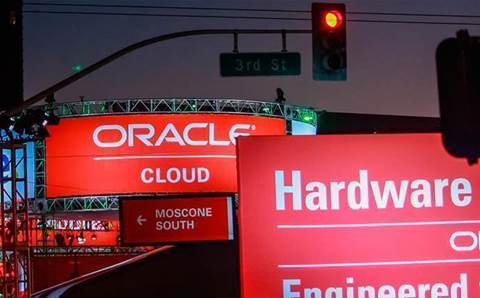 Oracle is throwing everything at its cloud ambitions, with local MD Rob Willis on a hiring spree for direct salespeople and founder Larry Ellison ramping up the rhetoric at the OpenWorld conference.

Cloud computing took centre stage at OpenWorld. Oracle is doing everything it can to get customers on the cloud, even building a public cloud behind a customer’s firewall with the Cloud@Customer solution.

Oracle's efforts include gearing up to sell more of its software directly. Rob Willis, regional managing director for Oracle Australia and New Zealand, told CRN on the sidelines of the conference that he has hired about 200 salespeople across the business since he took up the role in November.

When asked what impact this would have on the channel, Willis replied: “As we keep changing we have to figure out how does that change the relationship between us, them [channel partners] and the customer?

“What we’re heading towards is a more focused approach. I think there are more than 500 partners – that’s a lot. I feel that we can do a better job with fewer than we could very broadly.”

The ROI on enterprise purchases is measured in decades, which means there are still many databases sitting in data centres. However, Oracle is pushing to get all its customers on the cloud and skip the process of procuring and installing heavy hardware.

“If everyone is putting databases into their [data] centres then lots of partners makes more sense. When everything is coming out of the cloud and a few data centres then you don’t need that any more,” Willis said.

“What then is the role for those people whose role was previously turning on data centres? It’s clearly changing a lot.”

So will Oracle's channel strategy reflect a smaller number of partners focused on cloud services? Willis said partners need to acquire skillsets that are focused less on IT and more on innovation.

“You don’t need to know that 'gizmo' stuff as much. There are a thousand services I can get access to. How do I put this one and this one together to get the outcome I want? That is what you need from a partner.”

The money is now in innovating business processes using the latest applications. This is where Oracle has an edge over AWS, Willis said. Amazon is building up a portfolio from the ground up, starting with infrastructure. Oracle has come from the top down and has a deep expertise in applications.

If the channel needs to reskill on business innovation, is Oracle supporting its partners to retrain?

“Not as much as we could. But to be honest we have a lot of retraining to do internally. We are in a transformation from being strong on-prem to cloud. We are still in that transformation.

“We’re not going to wait until a $50 million project comes along and then everyone works on it. We’re going to get out there and talk to people.”

Founder Larry Ellison was in full attack mode at OpenWorld. The bombastic Oracle chairman, sounding much younger than his 73 years, repeatedly tore apart the performance and price of Amazon Web Services in his first keynote.

Oracle used the conference to launch Oracle 18c, an autonomous database that patches and optimises itself automatically, with no database administrator required.

He ran six demos on stage showing Oracle’s autonomous database to be at least five times cheaper and five times faster than the equivalent AWS service.

So confident is Oracle that it will contractually guarantee that its prices will be at least half that of Amazon’s.

In his second keynote Ellison ripped into logging software Splunk. Oracle has launched a competing product, a unified platform for SecOps, DevOps, and IT Ops.

The cybersecurity platform is highly automated, not quite autonomous, but there were still judicious comparisons to his fighter jet. (Do you know that Larry flies his own fighter jet? He really does. A Mig-29.)

Sholto Macpherson travelled to Oracle OpenWorld 17 as a guest of Oracle.

Cloud application revenue made easy
By Sholto Macpherson
Oct 9 2017
7:00AM