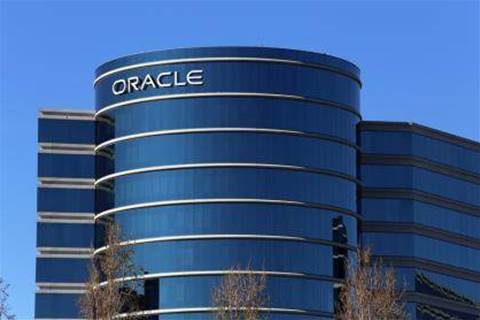 Oracle has changed the way it reports cloud revenue figures every quarter by only offering up a combined figure for SaaS, PaaS and IaaS.

The database vendor used to report SaaS numbers on their own, and a combined figure for PaaS and IaaS, but it is now reporting just one figure for all of these, lumped in with license support. It's also combined new cloud licenses and new on-premise licenses under 'new software licenses', not breaking either out.

"We have now labelled new software licenses as cloud license and on-premises license, and we've combined cloud SaaS plus cloud PaaS and IaaS, plus software license updates and product support, into cloud services and license support," she said.

Katz said the changes were justified because of the company's recent introduction of the option for on-premise customers to use a bring your own licence (BYOL) model when shifting to Oracle's cloud.

"BYOL allows customers to move their existing on-premises licenses to the Oracle cloud so long as they continue to pay support for those licenses," she said.

Her argument is that customers are adopting a hybrid approach to buying Oracle kit, where revenues can't be broken out neatly as cloud or on-premise, so instead, Oracle's decided to bundle them together.

"To say it another way," Katz added, "customers are entering into large database contracts where some of those database licences are to be deployed on-premise, while other database licenses are used in the cloud.

"Previously, all of those licenses and its related support revenue would have been counted entirely as on-premise, which clearly it isn't."

However, Oracle has doubled down on its cloud strategy over the last few years, aiming to outgrow rivals like Workday and Salesforce, making this a significant change.

This year Oracle's financials painted a very different picture. Its bundled cloud services and license support category grew just 8 percent year-on-year to US$6.8 billion, and its license revenues were down 5 percent to US$2.5 billion.

CTO Larry Ellison cited AT&T's decision to move thousands of databases into Oracle Cloud, saying: "We think that these large-scale migrations of Oracle database to the cloud will drive our PaaS and IaaS businesses throughout FY19."

But in Oracle's third quarter for the three months up to the end of February 2018, when it was still listing SaaS separately, and IaaS and PaaS together, growth had slowed. SaaS grew 33 percent year-on-year (compared to 75 percent in June 2017) and IaaS and PaaS together grew 28 percent. Overall cloud grew 32 percent, almost half that 60 percent figure it recorded in June 2017.

Eliminating departmental friction within MSPs
By Bobby Hellard
Jun 27 2018
11:26AM