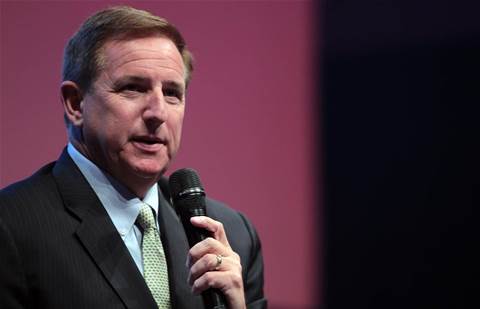 Oracle announced on Wednesday that CEO Mark Hurd will take a leave of absence for “health related reasons.”

“Though we all worked hard together to close the first quarter, I've decided that I need to spend time focused on my health,” Hurd said in a message to Oracle employees. “At my request, the Board of Directors has granted me a medical leave of absence. As you all know, Larry, Safra and I have worked together as a strong team, and I have great confidence that they and the entire executive management team will do a terrific job executing the exciting plans we will showcase at the upcoming OpenWorld. I love Oracle and wish you all success during my absence.”

Oracle itself did not elaborate on the details surrounding Hurd’s health.

“Mark has had health issues,” said a source close to Hurd. “He has lost a lot of weight. (Oracle Chairman) Larry Ellison is going to have to think through how do they replace Mark and move forward. Mark was leading the sales charge at Oracle. This leaves a big sales void. The question now is who is going to run sales for Oracle.”

Oracle founder Larry Ellison said in a statement that Hurd “has requested a leave of absence from Oracle to address some health related issues and we all wish him a speedy recovery. Oracle has an extremely capable CEO in Safra Catz and an extraordinarily deep team of executives, many with long tenure at Oracle. Safra and I will cover Mark's responsibilities during his absence with support from the rest of our strong management team."

The company is run by two CEOs: Hurd and Safra Katz, who remarked that "we will miss him at our OpenWorld conference next week, but we understand that he needs to rest and take care of himself."

Oracle stock sank more than 4 percent in after-hours trading on Wednesday, the same day the tech giant released its earnings. The company reported that it generated sales of US$9.2 billion for its most recent quarter, with US$6.8 billion of that coming from Cloud Services and License Support. Oracle earned US$2.9 billion in GAAP operating income, up 4 percent from the same quarter the previous year.

Eliminating departmental friction within MSPs
By Steven Burke
Sep 12 2019
10:30AM