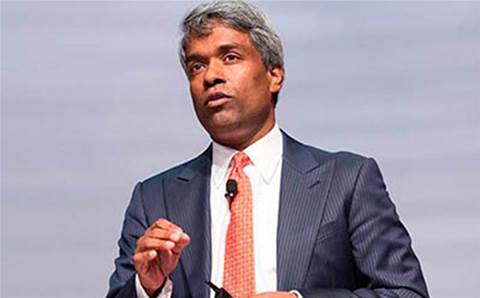 Oracle announced more than a dozen new services to its cloud stack at the OpenWorld conference as its tries to catch up to the hyperscale leaders.

The cloud upgrades start at the infrastructure layer. For its IaaS offering, both virtualised and bare metal, Oracle is introducing what Kurian said have been benchmarked the world's fastest compute processors and world's fastest graphics processors for machine learning workloads.

Moving up the stack to the platform-as-a-service layer, the "vision was to eliminate the next barrier to technology adoption for our customers", Kurian said.

In line with that vision, Oracle has developed software that installs, configures, patches and backs up software, as well as implementing disaster recovery, encryption, and performance optimisation. Those capabilities eliminate human errors, enabling software to run predictably, Kurian said.

The introduction of a serverless framework delivers to Oracle customers another increasingly popular cloud-computing methodology pioneered by its cloud rival, Amazon Web Services.

"We're permeating AI into these applications, to make them more intelligent," Kurian said, "and to do that you also need clean customer data."

Ultimately to interact with all those new products requires a world-class human interface. Through voice and image recognition, chatbots and automated interfaces, Oracle is making strides across that layer.

"You can speak to the application, you can interact with it with messaging, you can take pictures and we can identify images, compare them with other things, and automate transactions," Kurian said.