Oracle debuts major release of its flagship database, first since 2019 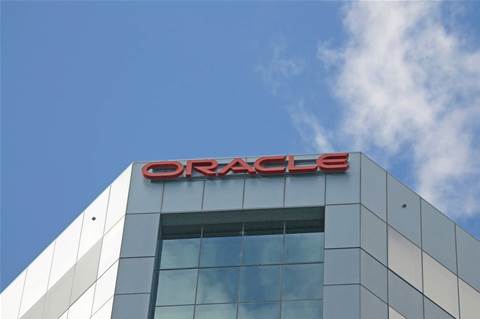 After a nearly two-year gap, Oracle today launched a new edition of the company’s flagship database system packed with a long list of new features and capabilities.

The new Oracle 21c Database incorporates capabilities the company built into a planned 2020 release of the software but held back when the COVID-19 pandemic hit in early 2020.

Oracle also said Tuesday that the company is making its APEX low-code development tools available as a service on the Oracle Cloud Infrastructure (OCI), a move the company said will help customers and partners build data-driven applications more easily and more quickly.

The giant software company, which recently moved its headquarters from Redwood Shores, California, to Austin, Texas, is touting a number of technology advances in the 21c release including new automated machine learning, blockchain and persistent memory capabilities.

In an interview with CRN US, Jenny Tsai-Smith, Oracle vice president of database product management, touted the ability of Oracle Database 21c to handle a broad range of tasks spanning transaction processing and data analytics, as well as machine learning, blockchain, data streaming and Internet of Things jobs. The database, she noted, can handle multiple types of data including relational, JSON, graph, spatial, text, XML and blockchain data – all leading Oracle to refer to the software as a “converged database.”

“It’s not just about relational data. The bottom line is productivity,” Tsai-Smith said of the enhancements in Oracle Database 21c. For the legions of Oracle channel partners, she said the new release makes it possible to digitize business processes more quickly, process and manage more data, and better inject data into decision-making tasks.

“We’re a best of all breeds,” Tsai-Smith said of the Oracle Database’s capabilities versus competing databases focused on specific “best of breed” functionality. “We’re not just checking the boxes saying “Yes, we can do that.’”

The new release comes at a time when Oracle’s database is under competitive pressure from all sides. Amazon Web Services, for example, offers a host of cloud-based database products including its own Aurora and RDS relational databases, as well as databases for more specialized tasks such as the Amazon DocumentDB document database and the Amazon Neptune graph database. On the analytics side Oracle faces competition from AWS Redshift, Snowflake, Azure Synapse and Google Big Query.

A number of smaller vendors are also challenging Oracle such as SingleStore (formerly MemSQL) and Cockroach Labs in the relational database market and others such as MongoDB and Couchbase in the NoSQL database arena.

The Oracle Database 21c release also comes a little more than a month after the company debuted a new cloud service, based on its open-source MySQL database, running on OCI.

Oracle has had some recent success in attracting high-visibility customers to its cloud database platform including cybersecurity vendor Cybereason and Xactly.

The last major release of the flagship Oracle Database was Oracle Database 19c in April 2019. Oracle developed a 20c edition of the database and previewed it in February 2020.

But then the COVID-19 pandemic hit and Tsai-Smith said customers, wrestling with suddenly changed circumstances including the need to support employees working from home, did not seem willing to undertake a database upgrade.

Altogether Oracle Database 21c offers more than 200 enhancements and new capabilities, according to the company. Topping the list is the use of immutable blockchain tables to bring the security benefits of blockchain technology to database applications. The 21c edition also provides AutoML for in-database machine learning, automatically building and comparing machine learning models at scale.

The new blockchain capabilities are of particular interest to Oracle partners. Retraced is already using the blockchain functionality to develop SaaS supply chain management solutions for the fashion apparel industry. “We at Retraced used database blockchain tables together with distributed blockchain platforms to have a decentralized consortium for data validity and immutability, but now also tamper-proof, off-chain storage within the Oracle Database,” said Peter Merkert, co-founder and CTO at Dusseldorf, Germany-based Retraced, in a statement.

XView, a Rome, Italy-based consulting partner, plans to use the blockchain tables functionality to help clients in healthcare and industrial manufacturing to track certification documents and approval processes integrated with Oracle Fusion and eBusiness Suite applications.

“Our customers can use blockchain tables for tamper-proof tracking of who-what-when approved specific actions, as well as any update to an existing approval,” said Allessandro Volponi, XView general manager, in a statement. “Oracle blockchain tables enables us to achieve this by using the familiar SQL commands within the database and with no need to implement complex smart contracts or impact other aspects of a customer’s organization.”

Oracle Database 21c introduces a self-managing in-memory column store function that automatically manages the replacement and removal of objects from the in-memory column store to boost the database’s capability to process both transactional and analytics workloads. And new native database sharding functionality makes it easier to meet data sovereignty and data privacy regulations.

Oracle Database 21c is available now running on OCI. The company will begin shipping the new database for on-premises platforms, including Linux, Windows and the Oracle Exadata Database Appliance, during the first half of 2021. (Oracle does not disclose the breakdown of its cloud and on-premises database sales.)

Oracle is also now offering its APEX Application Development tools as a standalone managed service running on the OCI platform. While APEX is already used by some 500,000 developers, it has only been available until now as part of the Oracle Database.

In 2020 demand for low-code development tools soared “because people needed to build applications that needed to be live yesterday,” Kallman said in an interview with CRN. “This is targeted at data-driven applications. It is tightly integrated with the Oracle Database. And it gives end-users and developers flexibility to exploit SQL in their applications, natively. We are taking our technology and providing this as a low-cost service on Oracle Cloud.”

Kallman said ISVs and other Oracle partners are already making use of the development system. “It’s reliable and they can deliver applications quicker and cheaper for their customers. And they are able to capitalize on the full capabilities of the Oracle Database.”

“For almost 20 years, we have built our entire business on APEX,” said Michelle Skamene, vice president at Insum Solutions, a Montreal-based Oracle consulting partner, who in a statement called APEX “the gold standard” for low-code development platforms.

“It has given us a huge competitive advantage, allowing us to deliver beautiful, scalable, feature-rich solutions for our clients in a fraction of the time compared to any other technology we’ve seen,” Skamene said. “We’re delighted to see this new offering from Oracle, which offers a simple and more affordable entry point into the world of APEX on Autonomous Database and Oracle Cloud.“