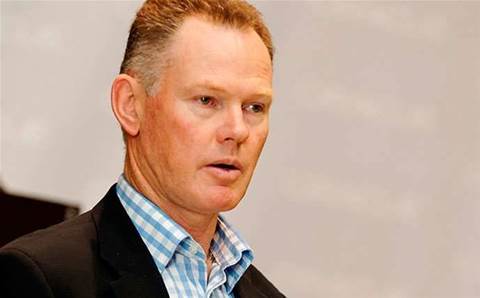 Nextgen Distribution's cloud marketplace strategy is up in the air after the Sydney-based company parted ways with Saxum Commerce, the provider of its e-commerce engine.

Nextgen – founded in 2011 by well-known channel identity John Walters – was among the first Australian distributors to announce a cloud marketplace when it last year established Nextgen Connect, a joint venture with Saxum, headed up by Tony Lorge. The cloud marketplace strategy centres around Nextgen's key vendor, Oracle.

However, the joint venture came to a premature end earlier this year, CRN has recently discovered. Lorge stepped down as a managing director of Nextgen Connect on 20 January, only six months after the entity was first founded, according to ASIC.

Caulfield told CRN that Nextgen Connect was still operating. While the company still has a vision for a "single, order-to-cash system" for purchasing and provisioning cloud services, there is no launch date for a revised offer.

"The concept we originally came up with hasn't changed, but when you are dealing at the top end of applications and enterprise [customers] with Oracle platform-as-a-service, it is complex and we may have underestimated some of the complexity of what we needed to do. We are still absolutely committed to the vision we had of creating a cloud platform marketplace to go to market," Caulfield told CRN.

"We [Nextgen Distribution] are still doing a lot of cloud business for Oracle, there had been no material impact for Nextgen. The only change is that the single order-to-cash system we were trying to build is taking a lot longer and we need a different type of partner."

He said the company had "learned some valuable lessons and know what needs to be done from an automation point of view".

Lorge confirmed the split. "As you are aware, Saxum Commerce, myself and Nextgen Distribution formed a joint venture, Nextgen Connect, late last year. This update is to let you know that the joint venture has been dissolved and Saxum Commerce, its [intellectual property] for the cloud platform and myself are no longer a part of or involved with Nextgen Connect in any way. I am sure that Nextgen will announce their plans moving forward in due course and I wish them every success.”

Lorge stressed that the split "did not in fact have anything to do with non-delivery of the marketplace platform".

"The reasons for the ending of the relationship had nothing to do with the platform," he said, but could not comment further due to a non-disclosure agreement.

Lorge had been positioned as the frontman of Nextgen Connect, including giving CRN an exclusive demonstration of the “unbelievably sophisticated” platform last year. According to his LinkedIn profile, he was CEO of the joint venture.

Over the past 12 months, most top distributors in Australia have revealed cloud marketplace strategies as they seek to carve out a share of software and services ordered and provisioned over the internet.

The kind of automated billing and provisioning that Nextgen had hoped to get from Saxum Commerce is fundamental to any cloud marketplace.

Westcon's Cloud Solutions Distribution Platform is based on the Verecloud system – the distributor actually went on to acquire the maker of the "robust, telecom carrier-grade, cloud services aggregation and brokerage platform".

Ingram went live with the marketplace after Microsoft appointed the distributor as a two-tier Cloud Solution Provider. At the time, Philip Goldie, Microsoft Australia's director of partner business and development, touched on the challenges of getting an automated billing and provisioning engine off the ground.

"It is an engineering effort on our side, the Microsoft side, as we build these programs, that is probably unparallelled in technology. You are talking about building commerce engines that have not been built on that scale before."

Other Australian distributors to have announced cloud marketplaces in the past six months include Rhipe, Distribution Central and Dicker Data.