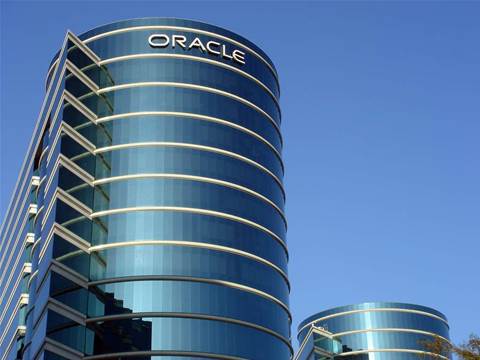 Oracle's strategy to combine its software with Sun hardware to create engineered systems appliances "appears to be losing momentum" even as the company's flagship database software faces new competitive threats, according to a new analyst report on the vendor.

The report from the Jefferies & Co. equity research firm downgraded Oracle's shares from "buy" to "hold" because of the challenges facing the vendor. Oracle is scheduled to release its fiscal third quarter financial results on March 20 and the report indicates the company could report lacklustre results for the second consecutive quarter.

The report also said sales of the Oracle Database Appliance, a channel-only product Oracle debuted in September, have not met expectations.

An Oracle spokesperson declined to comment on the report. The company is in its "quiet period" prior to its earnings report next week.

"Our concern is that Oracle's business lacks catalysts to accelerate growth given the engineered systems strategy appears to be losing momentum and that the large software updates and support revenue stream that fuels earnings growth appears to have more headwinds given building competitive threats," says the report issued earlier this week.

Oracle had been on a financial roll for some time, reporting steady growth in sales and earnings since a slowdown during the early days of the 2007-2009 recession.

But in December the company reported that sales growth slowed significantly to just 2 percent in its fiscal 2012 second quarter ended Nov. 30. Oracle executives at the time attributed the slowdown to short-term events such as the company's transitioning some hardware servers to the new SPARC T4 microprocessors and the company's inability to close some big software deals at the end of the quarter.

The Jeffries report says that its research "suggests that business trends improved modestly" in the third quarter, but that some of the challenges facing Oracle are more long range.

Chief among them are slower-than expected sales of engineered systems such as the Exadata Database Machine launched in 2008 and the Exalogic Elastic Cloud Machine that debuted in 2010. The Jeffries report said "momentum for Exadata has slowed" and "products like Exalogic are still looking for a broad use case."

The engineered systems are a key component of Oracle's strategy and CEO Larry Ellison, president Mark Hurd and other Oracle executives have touted the products' capabilities in earnings calls and at events such as the annual Oracle OpenWorld conference. The products are the cornerstone of Oracle's efforts to leverage the hardware products it acquired in January 2010 when it bought Sun Microsystems.

While customers have expressed interest in the Oracle Database Appliance, the Jeffries report said, "adoption to date has not met expectations. Partners are optimistic on ODA's potential over the next 12-18 months, but near-term the channel is still working to educate customers on the benefits of implementing ODA."

The report said analysts also heard reports that the first ODA systems "had serious bugs, though Oracle appears to have resolved these problems at this point."

Oracle is facing challenges from rival SAP's HANA (high performance analytics appliance) in-memory database appliance, which some customers could adopt as an alternative to Oracle's relational database software. Many organisations that own SAP software (estimates range from 50 percent to two-thirds) run those applications on the Oracle database.