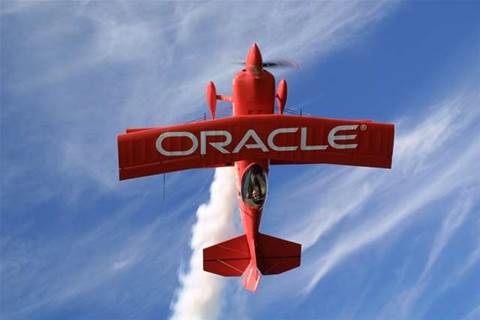 Oracle has raised the price of three key add-ons to its flagship database software by 40 percent.

Comparisons of Oracle's December 2008 and June 2009 global price lists show per processor pricing for the software giant's database diagnostic packs, database tuning packs and database configuration management packs have all gone from US$3500 (AU$4304) to US$5000 (AU$6147).

The software giant, which has just received approval from  Sun Microsystems shareholders to acquire the pioneering Silicon Valley company, has also raised the price of its spatial database pack for the management of location-based data from US$11,500 to US$17,500.

Oracle refused to explain why it is choosing to raise software prices during a global economic downturn.

Sam Higgins, research director at Brisbane-based Longhaus, was surprised by the revelations. He believed the price hikes would have a big impact on Oracle's largest customers.

"Once you get into any big implementation of enterprise applications, database tuning and performance management become critical tools," he said.

While Moore's Law sees the price of processing continually decrease, "at the same time the service levels expected from customers keeps getting more demanding," he said.

"Today, users expect sub two-second response times. Any application with more than a couple of hundred concurrent users would need to invest in tuning and performance tools."

Higgins said the tools Oracle sold as "add-ons" to its database products are proprietary (incompatible with other databases such as Microsoft SQL and IBM DB2) and tend only to provide the lowest common denominator in terms of functionality.

Higgins described them as "the first step on a journey" to far more functional IT management tools.

The price hikes will only make the more sophisticated, heterogeneous tools available from BMC, CA or Compuware, more attractive.

Alex Gorbachev, vice president of the Asia-Pacific region for database management services outfit Pythian told iTnews that up until the release of Oracle 10G, the add-on packs were "weak in terms of functionality" and bundled with Oracle's core database product for "practically little cost."

But as of 10G, he said, the packs became "indispensible" as they provided operations staff with a "far clearer picture of what's going on in systems."

The rise of virtualisation has spurred many organisations to run more database servers on the same hardware, making tuning and performance management essential, he said.

"There was an amazing amount of features announced with Oracle 11G that were available on separate licenses," he said. "Clearly Oracle is relying much more on the packs for revenue."

Higgins said the increased price of the spatial database pack was "even more fascinating."

"You only have to look at the success of Google Maps applications and [mapping vendor] ESRI, or see what types of apps are available on the iPhone, to see that geo-spatial applications are very interesting to people right now," he said.

"But I would again assume that anybody that truly relies on this information - urban planning or resource sector companies, main roads departments, would rather use a geo-spatial specialist than an add-on product from Oracle."

Is the discount just a ploy?

Higgins said he had no idea why Oracle would opt to raise its prices in such a tight market.

But he does have a local insight that backs up a theory coined by Forrester Research analyst Ray Wang.

Wang has reportedly suggested Oracle is raising its list prices so that IT Managers, under pressure from CFOs to squeeze discounts from software suppliers, can negotiate to buy the tools at lower prices than the list price (i.e. at December 2008 prices) and report back to senior management that they have successfully negotiated a discount.

For Oracle, this maintains its software at strong margins, despite the demands of customers.

IT Managers and CIOs interviewed in Longhaus' latest study of the Australian ICT Services market said "contract renegotiation" was their sixth biggest priority in 2009.

"Within a set of 26 potential strategies for increasing efficiency and managing cost of ICT services, putting pressure on existing suppliers to show returns or taking deals back to the table was ranked sixth overall and a priority for 64 per cent of Australia's medium to large organisations," the report stated.

"The reality is that in many cases this is simply not practical with contractual terms and conditions preventing such action without substantial penalty to the buyer."

Gorbachev, while having no evidence to back the theory, said it would make sense when one considers how Oracle's pricing strategy.

"None of our customers would pay a street prices for Oracle licenses," Gorbachev said. "Whether you are a multi-billion dollar enterprise customer, or even just a dotcom - you can easily get 15 percent discounts from distributors and resellers.

"And when it comes to winning a deal from another database vendor, Oracle is generally very aggressive."