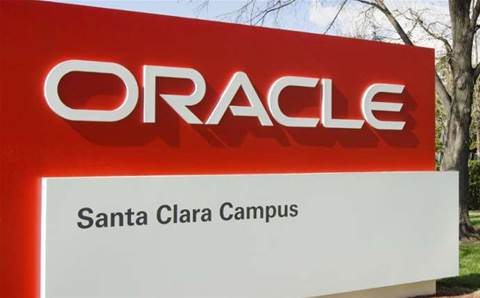 Oracle wants more customers using its cloud services, so it's considering delaying the on-premises release of its next major database update to drive sales of the cloud version, sources familiar with its plans said Friday US time.

The sources told CRN USA that Oracle may release a cloud-only version of Database 12c Release 2 - also known as 12.2 - within the next two months. The vendor is holding OpenWorld this year in mid-September.

"Oracle Database 12.2 will probably only be available in the cloud for the first few months, which means on-premise customers won't be able to upgrade right away," one of the sources told CRN USA, speaking on condition of anonymity.

Oracle launched a beta version of Database 12c Release 2 last October at its OpenWorld conference and said the final version would be generally available within a year.

Database 12c Release 2 - the first major update to the product since 2013 - features a number of cloud-focused upgrades, including improvements to multitenancy - which lets more databases run on a single machine - as well as faster in-memory database and big data analytics performance.

Oracle CEO Mark Hurd alluded to a cloud-first release on the vendor's fourth-quarter earnings call Thursday US time, in response to an analyst's question about whether customers will buy the on-premises or cloud version of Database 12c Release 2.

"We're encouraging our customers to look at an alternative. Why don't you just use the latest version in the cloud, and why don't you do your experimentation and your testing and your application migration and your upgrades in the cloud?" Hurd said. "It’s going to save you some money, and allow you to get access even faster."

One industry watcher who works with Oracle told CRN USA he doesn't think such a move would go over well with customers because some aren't ready to use the cloud.

"This would frustrate a lot of customers who already feel that Oracle already dictates to them what they should buy, as opposed to letting the customer choose," said the source, who didn't want to be named to avoid retaliation from the vendor.

Oracle also sells a version of its cloud that runs in a customer's data centre, for ones that can't use public cloud infrastructure for regulatory compliance reasons.

Oracle's cloud business accounts for only about 8 percent of its overall revenue, but it has become the primary focus during earnings calls. On Thursday's call, chief technology officer Larry Ellison said Oracle - with US$2.9 billion total cloud revenue in fiscal 2016 - may beat out Salesforce as the first SaaS vendor to reach US$10 billion in annual sales.