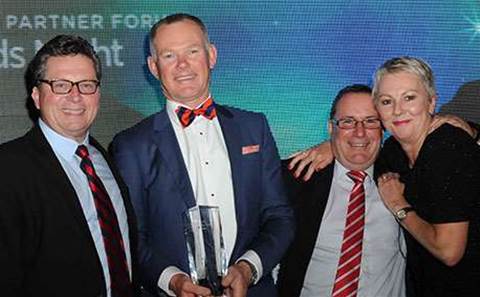 Oracle is giving local partners access to thousands of "named accounts" that were previously the domain of its direct sales force.

Oracle previously had "multi-thousand" named accounts in Australia and New Zealand; as of 1 March, that number has been reduced to a couple of hundred, said Patricia Nance, vice president, alliances & channels, Oracle ANZ.

"Thousands" of accounts will now be partner-led, representing "a substantial portion of Oracle's revenue, especially in the as-a-service space", she told CRN.

"That doesn't mean we don't have an account manager [in those accounts] but the aim is to have the partner leading those ideas and opportunities."

After revealing the change at a partner advisory board meeting two weeks ago, Oracle is now putting together the "rules of engagement for the new arrangement", said Nance.

For example, Oracle sales leaders will run partner training, and the vendor will do "proper joint forecasting" with its channel.

"It is a big change," said Nance. "We are also looking at geographic and product segmentation; from a geographic point of view, our leader in New Zealand believes everything we can do should go through partners and we are starting to drive the same strategy in Western Australia and Queensland.

"We are also looking at product segmentation - are there parts of the product set that we will do [only] through partners, and not have people in our direct sales office looking after those products?"

Previously PaaS had been dominated by the Oracle direct team. "We expect globally for that be a huge area of the market for Oracle; the announcement is imminent for partners to be able to transact PaaS."

The shakeup comes under the leadership of Tim Ebbeck, who was appointed managing director of Oracle ANZ in December 2013 after nearly a decade at SAP.

Ebbeck, Nance and the Oracle leadership team have made significant progress in partner engagement, including running its first ANZ partner conference last December in Queenstown and establishing the partner advisory board, which will meet quarterly.

This partner advisory board, which includes the likes of UXC Red Rock, Dataweave and ASG Group along with distributors Avnet and Nextgen Distribution, was instrumental in the decision to open these named accounts to the channel.

The decision is good news for Oracle's disties.

John Walters, managing director of Nextgen, told CRN: "If they execute on it – and I have no reasons to expect they won't – I think it will be good for the channel, both Avnet and ourselves, and really importantly, good for the channel partners and a better results for the end customers."

Oracle has been talking up its plans to become a more channel-friendly vendor, and this change is evidence, said Darren Adams, general manager of Avnet Australia & New Zealand. "The rhetoric is disappearing and the reality is appearing and I think that is positive."

Adams added: "Oracle Australia, under the new leadership, is now clearly more active in engaging with the channel. Compared with North America or Asia, Australia has a low channel participation rate. Although it has grown, it is low by comparison.

"The goal in Australia from a channel perspective is to have a channel participation rate that is more akin to what they have in other parts of the world."