Oracle puts on-prem users to back of upgrade queue 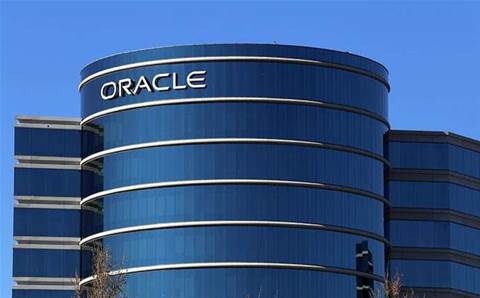 Oracle has confirmed plans to make the next major update to its 12c database available only in the cloud for a period of time to entice customers that currently run the software in their own data centres.

Penny Avril, an Oracle vice president in charge of database product management, said Tuesday US time that Oracle plans to release Database 12c R2 "cloud first" sometime in the second half of the calendar year. Avril revealed the strategy at an Oracle user group meeting in Glasgow, Scotland.

Avril didn’t specify when Oracle plans to make the on-premises version of Database 12c R2 – also known as 12.2 – available to customers. An Oracle spokeswoman declined to provide a timeframe for the release.

Database PM VP Penny Avril on stage at #TheAOG about the Next Release of the database pic.twitter.com/BHNUaAgoF3

One source familiar with Oracle’s plans told CRN USA last week the vendor may delay releasing the on-premises version of Database 12.2 for a few months to spur sales of the cloud version. Other sources inside Oracle claim the delay could extend to a few quarters.

Database 12c Release 2, which is the first major update to the product since 2013, features improvements to multitenancy – which lets more databases run on a single machine – and faster performance for in-memory database and big data analytics.

Oracle customers typically wait for the second release of a database before upgrading to ensure that all the bugs have been worked out. So Oracle’s decision to make the 12.2 database available exclusively in the cloud for a time could complicate buying decisions for organisations that want to take advantage of the new features and functionality.

Oracle is in the midst of a companywide transition away from on-premises software, and is said to have significantly boosted incentives for salespeople to include cloud in deals, sources told CRN USA last June.

As a result, Oracle salespeople will often give customers discounts on deals if they agree to buy cloud credits, or licenses redeemable for Oracle cloud services.

Yet sources have told CRN USA that few customers are actually using cloud credits, and that releasing a cloud-first 12.2 database could be a move on Oracle’s part to address this issue. The vendor may adopt the cloud-first approach in other future product updates, according to the sources.

Although cloud accounts for only about 8 percent of Oracle’s overall revenue, its senior leadership claims this business is seeing meteoric growth. CTO Larry Ellison said on the vendor's fourth-quarter earnings call earlier this month that he believes Oracle has “a fighting chance” of beating Salesforce to become the first SaaS vendor to reach US$10 billion in annual revenue.