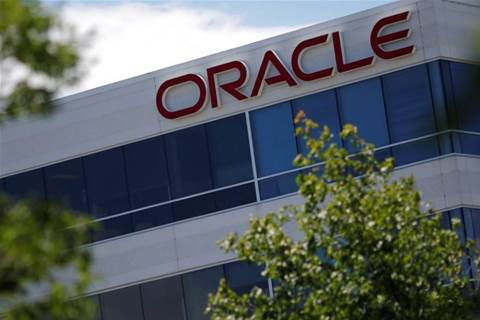 The company's shares were up 10.6 percent to a record high of US$51.25 in after-market trading on Wednesday. They had gained about 20 percent this year.

A late entrant to the cloud market, Oracle has been doubling down on efforts to bolster its cloud-based services as customers increasingly shun the costlier licensing model.

As part of the efforts, the company and AT&T

"In the coming year, I expect more of our big customers to migrate their Oracle databases and database applications to the Oracle Cloud," Oracle founder and chief technology officer Larry Ellison said in a statement.

Total cloud revenue surged 58.4 percent to US$1.36 billion in the fourth quarter ended May 31.

"After several years of struggling to find its footing in cloud, Oracle seems to have turned the corner and heads into its fiscal 2018 with significant momentum," said Josh Olson, analyst at Edward Jones.

The success in the cloud business was highlighted by company executives on a post-earnings call.

Buoyed by the growth in cloud, the company forecast first-quarter adjusted profit of between 59 cents and 61 cents per share on a constant currency basis, while analysts' were expecting 59 cents.

On a constant currency basis, Oracle said it expected revenue to grow between 4 percent and 6 percent in the current quarter.

To increase its competitiveness in the cloud market, Oracle has also acquired companies including NetSuite, its largest purchase to date.

Meanwhile, Oracle's hardware revenue declined 13.2 percent to US$1.11 billion and new software licenses fell 5.1 percent to US$2.63 billion in the latest quarter.

The company reported an adjusted revenue of US$10.94 billion.

Analysts on average had estimated a profit of 78 cents per share and revenue of US$10.45 billion, according to Thomson Reuters I/B/E/S.

(Reporting by Pushkala A and Laharee Chatterjee in Bengaluru; Editing by Arun Koyyur and Sriraj Kalluvila)