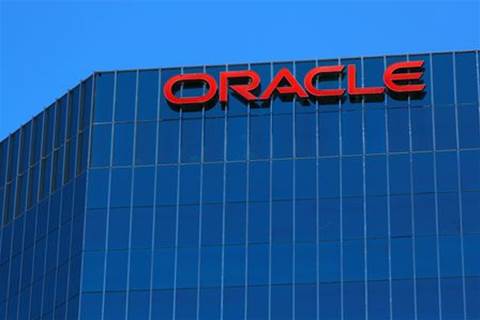 Oracle topped Wall Street estimates for quarterly profit and revenue on Monday, as demand for its cloud products soars amid an industry-wide shift to cloud-based platforms.

"We believe that this revenue growth spike indicates that our infrastructure business has now entered a hyper-growth phase," Oracle Chief Executive Officer Safra Catz said in a statement.

Oracle, which reported a currency headwind of 5 percent in the fourth quarter, up from 2 percent to 3 percent in the third quarter, said it expects substantial revenue growth in its cloud business, despite rising inflation and a stronger greenback.

Microsoft in April and Salesforce last month also indicated a strong future for the cloud market as companies increase spending, though the former cut its fourth-quarter forecast for profit and revenue earlier this month due to unfavourable exchange rates.

Oracle warned of a US$100 million hit per quarter in fiscal year 2023 as a result of suspending services in Russia.

The company, however, expects first-quarter revenue growth between 17 percent and 18 percent, boosted by its $28-billion acquisition of healthcare IT company Cerner Corp.

Oracle's forecast comes on a day US equity markets tumbled with the S&P 500 confirming it was in a bear market as investors fear aggressive interest rate hikes by the Federal Reserve could plunge the economy into recession.

The company expects first-quarter adjusted EPS between $1.04 and $1.08 compared with analysts' average estimate of $1.13.

Revenue for the fourth quarter ended 31 May grew to $11.84 billion, above analysts' average estimate of $11.66 billion, according to IBES data from Refinitiv.

(Reporting by Akash Sriram and Chavi Mehta in Bengaluru; Editing by Vinay Dwivedi)