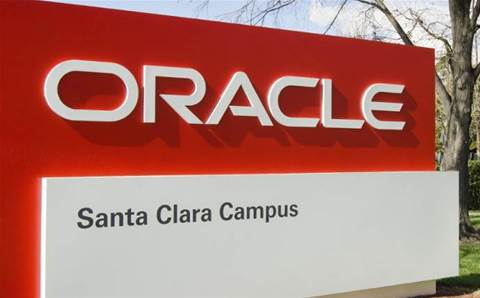 Oracle, which has clashed with Google in business disputes, has received requests for information from congressional and state investigators looking into allegations that Google violated antitrust law.

Oracle, which is knowledgeable about Google's advertising business, has received information requests from the Texas attorney general's office and the House of Representatives Judiciary Committee, said Ken Glueck, an Oracle executive based in Washington.

The House Judiciary Committee has sought information from dozens of companies likely to have suffered harm from tech giants, according to a source close the House probe.

The committee will decide whether to issue subpoenas depending on how many companies answer voluntarily. Some firms feel they are less likely to be retaliated against by the giants if they are compelled to share information, according to the source.

Oracle has also met with the Justice Department, Glueck said. Google declined comment on the matter.

Oracle has alleged that Google infringed on Oracle's Java copyright to make the Android operating system that runs most of the world's smartphones. The Supreme Court is considering whether to take up Google's appeal of a lower court ruling reviving the lawsuit. Oracle has sought about US$9 billion in damages.

Technology companies, once lauded as a source of innovation that spurred efficiency and economic growth, face a backlash in the United States and the world over concerns among competitors, lawmakers and consumer groups that the firms have too much power and harm users and business rivals.

Their critics range from Republicans such as President Donald Trump, who has worried about conservative voices being stifled online, to progressives like Senator Elizabeth Warren, who has proposed forcing Google, Facebook and Amazon to sell companies that they purchased because of antitrust concerns.

Reuters and other media reported in June that the federal agencies divided up the companies for investigation, with the Justice Department taking Google and Apple while the Federal Trade Commission looked at Facebook and Amazon.

The House Judiciary Committee is also looking at all four while groups of state attorneys general have formed to focus on Facebook and Google.