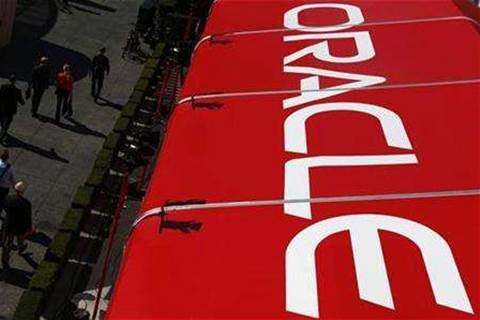 Oracle agreed to buy Eloqua, a maker of web-based marketing automation software that listed in August, for about $US810 million ($a772 million) as it seeks to expand its cloud computing services.

Oracle, which came late to cloud computing, is trying to be a one-stop shop for operating systems, databases, computer programs and infrastructure over the web.

"We would expect Oracle to continue to make acquisitions in this space, to bolster its Fusion Applications suite and respond to competitive pressure in the applications market from SAP and Salesforce.com," Nomura said.

Oracle priced the deal at $US871 million, net of Eloqua's cash. Based on the 34.5 million Eloqua shares outstanding as of October 31, the equity portion of the deal came to $US810 million.

Cloud computing, a broad term referring to the delivery of services via the internet from remote data centers, is a favorite with corporate technology buyers because it is faster to implement and has lower upfront costs than traditional software.

Oracle Chief Executive Larry Ellison mocked cloud computing in 2008 as "complete gibberish". He described it as a fad, comparing the computer industry to the fashion world.

But Oracle has since introduced its own web products and acquired several firms selling internet-based software as its corporate customers embraced web services offered by Salesforce.com, Amazon and Google.

"Although Oracle already had strong marketing functionality, this gives it a cloud offering to deliver and an additional base of midmarket customers providing a recurring license maintenance stream," Nucleus Research analyst Rebecca Wettemann said.

The company's $US23.50 per share offer for Eloqua represents a 31 percent premium to Eloqua's Nasdaq close on Wednesday.

Eloqua shares jumped to match the offer price while Oracle's shares were flat at $US34.05 on the Nasdaq.

Eloqua's board has unanimously approved the deal, which is expected to close in the first half of 2013.

Oracle said on Tuesday that software sales growth will stay strong into the new year despite fears that there could be big tax hikes and US government spending cuts that could cause a slump in spending by customers.