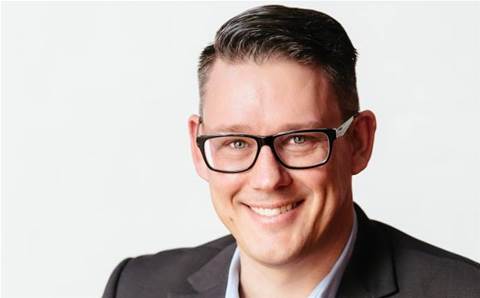 Australian Oracle and NetSuite partners have revealed how the newly combined software vendor wants to ramp up cloud sales via the channel.

Following Oracle's US$9.3 billion acquisition of NetSuite in July 2016, UXC Red Rock has begun hiring for a solution director to run its new NetSuite practice.

UXC Red Rock bills itself as the largest independent provider of Oracle consulting and managed services in Australia and New Zealand, with more than 600 Oracle professionals across the region.

Warren Brugger, UXC Red Rock head of strategy and sales, told CRN that the company's "one-stop-shop" approach to Oracle will extend to NetSuite.

"NetSuite is no different, offering Red Rock a further opportunity to expand our service offering to include this additional cloud solution from Oracle that we can offer to our customers," he said.

"As far as aggressive targets, Oracle has a very clear goal of being the world’s number one cloud company."

Oracle co-chief executive Mark Hurd recently opened up to Diginomica about his expectations for NetSuite during Oracle's Cloud Summit.

"We will move NetSuite as aggressively as we can globally. We will move them into the UK, into Mexico, into the Netherlands. We’re upgrading our R&D, upgrading, spending more.

"We’re going to spend more in two areas: first, there’s the continued globalisation of their product for companies in countries, not just US companies operating in other countries. The second is the push in micro-verticals."

NetSuite will operate as a brand underneath Oracle, according to local partners. The NetSuite brand will be focused on its traditional stronghold of midmarket customers under 1000 users, while Oracle will continue to focus on enterprise.

Oracle is also expected to invest in marketing, software development and software sales capabilities in Australia.

While Oracle partners invest in NetSuite to meet these "aggressive" targets, what about the NetSuite channel?

Annaliese Kloe, chief executive of growing NetSuite partner Klugo Group, told CRN that Oracle-NetSuite wants to focus on partners and wants them to scale and grow. "They have pitched the partners that have the capability to scale and grow. Klugo has 45 NetSuite staff, we can scale."

Born out of Klugo's acquisition of Outserve, Klugo Group is a top-tier NetSuite partner and part of the Oracle-NetSuite referral program. This means that Klugo not only goes out hunting for business on its own, but also has leads coming its way.

"They want us to grow and secure more business and are helping us achieve this growth," Kloe said.

Kloe also told CRN that Oracle was looking at "aggressively growing in Australia" because NetSuite has a strong presence in mid-market and they are looking at growing "substantially". Klugo has made internal changes and is recruiting to cater for the volume of work.

"We have delivered over 550 successful ERP implementations and we can confidently say NetSuite is a market leader in this space. It would make sense for partners with the right capabilities to consider adding NetSuite to their portfolio.

"However, existing NetSuite partners certainly have the advantage of many years of experience already under their belt," Canning said.