Oracle's transition to the cloud helps beat out profit expectations 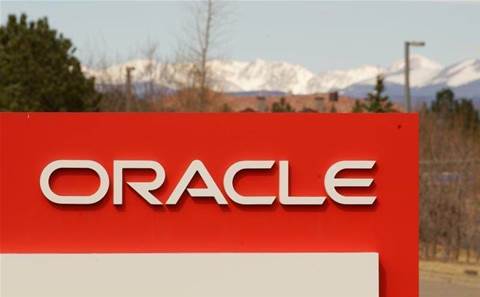 Oracle's shares rose 5.2 percent to US$45.30 in extended trading on Wednesday.

Sales of the company's cloud-computing software and platform service rose nearly 62 percent to US$1.19 billion, while its software licensing business fell nearly 16 percent.

"The worst of this cloud transition is over (for Oracle)," Drexel Hamilton analyst Brian White wrote in a note.

The company's shift to cloud-based products to tackle the shrinking licensing business was strengthened with its US$9.3 billion NetSuite acquisition in July. The deal helped the company to take on nimbler rivals such as Workday Inc

"The growth in revenue from our cloud business has overtaken new software license declines on an annual basis," Safra Catz, Oracle chief executive said during the earnings call on Wednesday.

The company said adjusted revenue from its software-as-a-service (SaaS) and platform-as-a-service (PaaS) unit rose 86 percent to US$1.1 billion on a constant currency basis, which was at the high end of its previous guidance.

"I would have thought it (SaaS and PaaS revenue) would be even higher, but investors should be ok given that it was in the high-end of their guidance," Wedbush Securities analyst Steve Koenig said.

Excluding items, the company earned 69 cents per share beating the average analysts' estimate of 62 cents per share, according to Thomson Reuters I/B/E/S.

The company's provision for income taxes in the latest quarter fell 22 percent to US$459 million.

The company forecast current-quarter earnings of 78 cents to 82 cents per share and revenue to grow between negative 1 percent and positive 2 percent.

Analysts are expecting fourth-quarter profit of 78 cents and revenue of US$10.62 billion.

(Reporting by Aishwarya Venugopal in Bengaluru; Editing by Shounak Dasgupta)