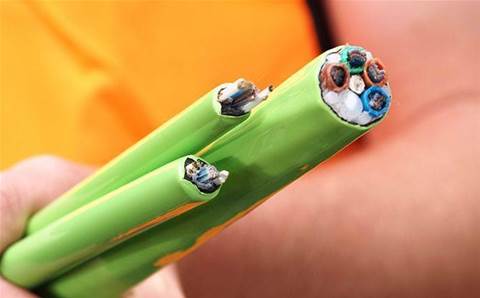 Origin Energy is expanding into broadband as it looks to compete with the likes of Amaysim and Vocus-owned Dodo.

First reported by Fairfax, the company said its decision to move into broadband mirrors the telcos’ recent moves into electricity retailing.

“With Origin Broadband, customers will benefit from being able to easily organise their energy and broadband with one call when they move home and are time poor,” Origin head of retail Jon Briskin said.

The company will use Optus’ existing NBN network, providing unlimited data on five different NBN and ADSL services priced between $65 and $110 per month in either 12-month, 24-month or no fixed term contracts. Calls are also available for an additional fee.

“While we remain firmly focused on providing customers with market leading smart and affordable energy solutions, at the same we are looking for other ways to make their lives easier and add value,” Briskin said.

“We see this as a natural extension of the services we already offer in the home, and by increasing the range of those services, over time we will be able to give customers discounts based on the number of services they have with us.

“Our aim is to create more engaged and loyal customers, and provide Origin with a point of difference in an increasingly competitive retail market.”

The launch follows a six-month trial involving some 1500 Origin customers, and the launch of the company’s ‘smart home’ system last year.