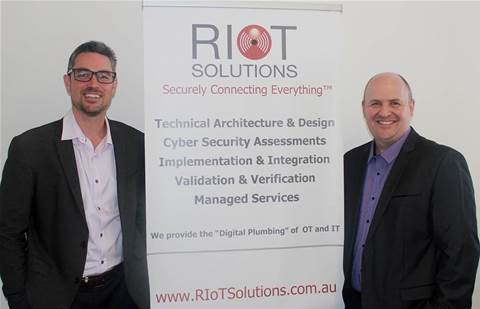 The acquisition aims to bolster Orro’s cybersecurity and digital network business as part of its overall growth strategy, while also bringing in some 100 enterprise and government customers.

Riot will also bring in its 110 full-time employees based in Brisbane, across its executive team, sales, admin and services personnel.

“We welcome Riot into the Orro family. Not only is Riot a nationally recognised security and network design provider, but it is also an organisation we have worked closely with for a number of years,” Orro Group chief executive Rodd Cunico said.

“This acquisition will extend our security offering and give us a significantly increased presence in Queensland.”

Riot Solutions CEO and managing director Rob Merkwitza said, “We are thrilled to join Orro after having partnered with the group over several years.We have a shared outlook, cultural fit and technology approach - so this is a natural extension of the RIOT journey.”

“We look forward to offering our customers a wider range of services through Orro.”

The acquisition will also see Orro build and operate a security operation centre dedicated to servicing a single large government agency, which the company said was a local industry first for the Queensland Government.

Cunico said the company also plans to expand upon and replicate this model across other government agencies in future, and called it “a prime example” of Orro’s investment commitment into Queensland’s local technology industry.

The new SOC will be one of four maintained by Orro globally, including another facility launched by Riot in Brisbane last year, which has a specific focus on assessing cyber risks, anticipating cyber events and neutralising attacks for customers, including some 30 government agencies.

Orro added Riot also improves on its critical infrastructure strategy, such as the areas of networking architecture and cybersecurity for operational technology. The company now also can offer connected solutions and managed security services for organisations that operate critical systems and infrastructure.

Cunico said, “Riot brings a wealth of industrial knowledge tailored specifically to critical infrastructure and OT, which strongly compliments our understanding of the challenges and demands of building world-class smart and connected networks.”

“The business will be able to create new network solutions very much with OT and security in mind right from the start. For customers this will deliver visibility and control to support innovation into the future.”