Our fibre is faster than NBN, says Spirit Telecom chief 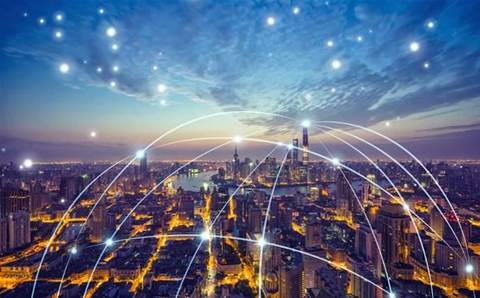 The latest telecommunications company to list on the Australian Securities Exchange has plans to take on the fibre heavyweights.

Spirit Telecom listed on the ASX this morning after completing a reverse takeover of mining shell Arunta Resources. Spirit raised $2.62 million in the process, giving it a market capitalisation of $16.7 million.

The company offers high-speed internet and telephone services through its fibre network to residential and commercial buildings. It also offers access to cloud providers such as Amazon Web Services and Microsoft Azure; software-as-a-service such as MYOB and Xero; managed services; and NBN reseller services.

Chief executive Geoff Neate told CRN that getting the word out about its internet speeds would be the biggest challenge. Spirit was rated as the fastest internet service provider in Australia by PC Mag in 2015.

“The greatest challenge is we have a market that believes the NBN is the fastest network you can get. We don’t believe that to be the case, so we’re communicating that to the market,” said Neate

“The biggest difference is we use more switches in a typical deployment. We don’t use VDSL so we have more speed going through the building. By utilising more switches in residential buildings, you’ll get the same speed in the penthouse as you will in the basement.”

Neate said the number of serviced buildings has shot up to nearly 300 after expanding into single residential and business buildings. He added that Spirit is close to signing two of Australia’s biggest residential buildings as customers in the coming months.

Spirit sells and markets to residential customers directly, but its business customers go through its reseller network. Neate said Spirit is looking to expand its channel with more partners following the listing.

“Our channel ranges from IT specialists through to single providers. There is a very big market out there, so we need people to understand the internet side and the business side. It would be great to partner with anyone that already has relationships with small businesses.”

The company is also back looking at potential acquisition targets. Spirit acquired Melbourne-based ISP Voxcom in 2012 to expand its layer-2 network. That was followed by the acquisition of My Telecom in mid-2015.

“We’re looking for anything that can run on our network, or opportunities to bolster our network and put more services on it. We’ll be using the funds to increase the capacity of our network, so any acquisition should be something that we can scale and give us an advantage.”