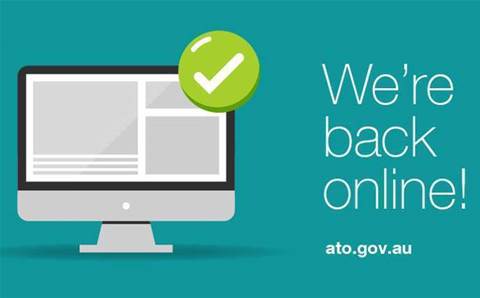 The Australian Taxation Office (ATO) has faced yet another outage while replacing the faulty hardware that caused the systems to go down in December 2016.

During the ongoing restoration process, the ATO said both outages were caused by hardware fault, revealing the nature of both issues to be different.

When the replacement was initiated on 2 February, the ATO started to have issues with services including the Tax Agent, Business and BAS Portals, ATO online, the Australian Business Register (ABR), Standard Business Reporting (SBR) and Superannuation online services.

ATO and Hewlett Packard Enterprise specialist technicians were working together to replace the hardware and restore the systems day and night for most of the period.

An "unforeseen complexity" in the restoration process was the cause of the extended outage.

"Due to an unforeseen complexity in the system restoration process, our services are unlikely to be available before close of business today," the ATO said in a statement.

To remediate the issues, the ATO commissioned a new storage area networks (SAN) to provide more reliability and stability.

"The nature and scope of the ATO’s SAN means that this process of replacing the affected hardware will take some time."

Superannuation and ABR were expected to be back during the morning with the remaining services due to be back throughout the day.

The ATO warned that the system's performance could be slow.

Our focus will now turn to building system resilience to best ensure the stability of our services to the community.

The taxation office pledged that after systems are fully functional it will focus on making services available to key stakeholders, build system resilience and increase the capacity of its systems.

Since the systems were down for the first time in December 2016, the ATO has performed several planned outages in order to restore its systems.

An investigation into the problems is also under way following the appointment of PwC.