Outages add up to opportunities for Australia's newest SDN vendor 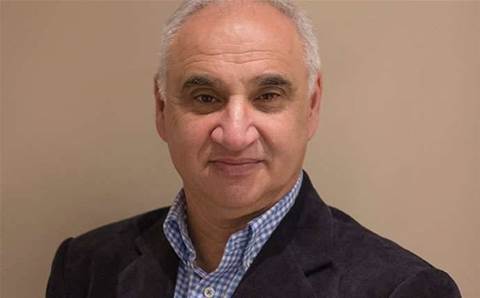 The latest networking vendor to launch into Australia is targeting telecommunications carriers as well as government and financial services with its software-defined networking technology.

Big Switch Networks officially launched into the region on Thursday, with former Cisco and Telstra talent at the helm and local distributor Newgen Systems already lining up government contracts for channel partners.

In 2008, Vecchio set up his own company, Progility Technologies, which now turns over £60.06 million (AU$105.1 million) annually and is listed on the London Stock Exchange.

Big Switch Networks' Brisbane-based technical solutions architect, Luke Turner, joined the company in May and brings a background in the Australian data centre and networks channel with stints at Data#3 as well as Bridge Point and O2 Networks, both of which were acquired by Telstra.

Big Switch Networks aims to take the kind of hyperscale networking found at Google and Facebook and bring it to enterprise and government data centres. The vendor has two discrete products, Big Cloud Fabric, which would underpin a software-defined data centre, and Big Monitoring Fabric, which can run on top of a traditional data centre install base to provide better visibility into network traffic.

Big Cloud Fabric uses white-box switches from the likes of Accton or branded 'brightbox' physical hardware from OEM partners such as Dell to compete with Cisco in the data centre networking space. Gigamon would be a rival for the company's Big Monitoring Fabric.

The first deployment announced in Australia is with the Department of Immigration and Border Protection, with further projects in the pipeline. Carriers are a target market around the world; Big Switch Networks' highest-profile case study was US carrier Verizon, which went public on how the vendor's technology has supported its network function virtualisation initiative across five data centres in the States.

The vendor's CTO, Rob Sherwood, was in Sydney to help launch the local subsidiary. He discussed his background with SDN, which dates right back to the technology's birth in Stanford, where he was a contemporary of the founders of Nicira - the company acquired by VMware in 2012 to become the basis of its NSX product.

"The monitoring product is helping drive conversations here both around stability – in terms of, if there's a problem, identifying it beforehand – but also performance. An outage is an all-or-nothing statement, but there is quite a bit of badness that can happen between there – things are working but just barely, and there's value that we can present there."

It's a solution to a timely problem, especially given the string of high-profile outages that have beset the country's largest telco, Telstra, in 2016.