Over the Wire directors victorious over co-founder in court battle 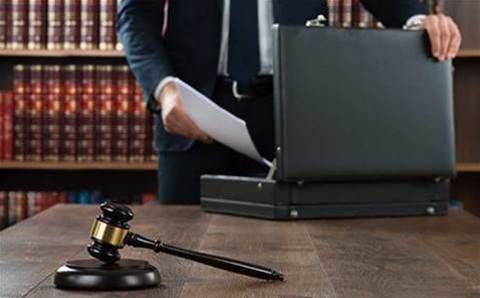 Two of Over the Wire’s directors have come out on top in a court battle against a fellow co-founder.

David Tisdall, one of the co-founders of Over the Wire’s predecessor Impirical Pty Ltd, took the company’s managing director Michael Omeros and director Brent Paddon to court in May, claiming the pair hid their plans to float the company on the ASX until after he had already sold back his 35 percent stake in the company.

Tisdall sold his shares to Omeros and Paddon for $2.4 million in May 2015. Six months later, Over the Wire issued a prospectus to list on the ASX, which is when Tisdall initially claimed he’d first heard about the potential listing.

He argued that Omeros and Paddon breached their share sale agreement by failing to disclose that they were “contemplating and/or had commenced initial preparation to list.” He also claimed the two had contravened Australian Consumer Law by engaging in misleading or deceptive conduct.

Tisdall valued his damages at just over $48 million based on his interests in Over the Wire prior to selling his shares. Over the Wire has a market cap of $221.37 million at the time of writing.

Omeros and Paddon’s defense showed that discussions about listing Impirical began as early as 2011 when Tisdall still worked for the company, and would have been well aware of the plan.

Over the Wire CFO Mike Stabb told the court that an IPO was difficult while still contending with Tisdall as a major shareholder, as floating the business would require his approval.

“All we’d done is start to read a few things by that stage, and the negotiations for David [Tisdall] to sell his shares had started, which was the impediment to it ever happening,” said Stabb.

“Other than that, we’d done nothing. I think, probably, at that stage I might have thought we’d done some work towards it, but in the benefit of hindsight, having gone through the IPO, I can now say that we’d done essentially nothing meaningful.”

Paddon had even written to Stabb in January 2015 to say “It’s very clear cut to me that there is NO way an IPO is going to happen until we tidy this shareholding up, so there is no disadvantaging them, and they are clearly a willing seller at the price that we’ve negotiated.”

Justice Thomas Bradley, who heard the case, had some harsh words for Tisdall in his judgement, saying " By the end of his testimony, it was clear that the plaintiff’s evidence of what he did or knew at any of the material points in time was not reliable." Four times the judge said evidence was "a lie", unusually blunt language from the bench of the Supreme Court of Queensland.

“He had strong opinions on many things, including each of the defendants and the others with whom he worked at the company,” Justice Bradley said.

“The strength of his opinions was not matched by a similar commitment to accuracy or even honesty in his evidence.”

Tisdall’s claim was dismissed and and judgement was entered for the defendants.

Grow your software revenue by selling these 5 affordable, essential tools for the modern workplace
By Brendon Foye
Sep 10 2019
6:55AM