Over The Wire names new CEO 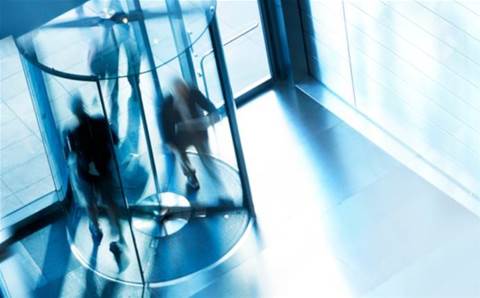 Telecommunications provider Over The Wire (OTW) has appointed Scott Smith as its new chief executive, with Michael Omeros retaining the Group CEO role in a supporting capacity.

Smith was promoted from general manager of Comlinx, a managed service provider OTW acquired in 2018. Scott founded Comlinx in 2006 after working at Avaya in a number of leadership roles.

In an ASX announcement (pdf), OTW said Omeros will be supporting Scott and the management team and have increased focus on the company’s longer-term growth aspirations.

Other appointments include Piers Tyler as GM for sales and marketing; CFO Mike Stabb moving into a new role focusing on M&A, products and new marketing opportunities; and financial controller Ben Melville taking over as CFO.

Over The Wire also released its first half FY2020 results (pdf), posting strong revenue growth and a decline in profitability.

In the six months ended 31 December 2019, revenue increased 25 percent to $42.9 million, up from $34.3 million the previous year, largely due to strong contributions from Comlinx and Access Digital as well as organic growth in OTW’s voice and hosting business.

Net profit after tax came in at $2.3 million, down 27 percent from $3.2 million in 2018. OTW said the decline was due to investments in personnel, specifically sales staff and software developers with the aim of driving future growth and to reduce future costs through automation.

“Although our first half revenue is behind our budget, the strength of our current sales pipeline and the orders being provisioned gives us confidence of a strong second half result in line with our expectations,” Omeros said.

“We remain focused on delivering organic growth, especially of the recurring kind, as this is the best form of long-term growth and a good indicator of the future strength of our business.”

OTW also revealed that it will launch a Microsoft Teams Direct Routing service and postpaid consumer mobile services in the coming months, both of which are being finalised. The telco’s carrier interconnect project is also approaching its final stages, with its NetSIP VoIP service set to become a Tier 1 voice carrier.

“Complemented by quality acquisitions, which will be a focal area for the remainder of the calendar year, we can see strong opportunities for growth and remain committed to delivering on our strategy,” Omeros added.