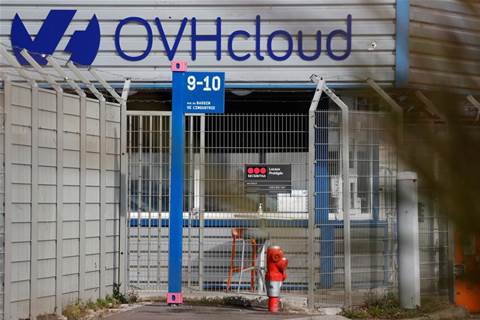 French cloud computing services provider OVHcloud's IPO is set to move ahead at a price of 18.5 euros per share, at the low end of the range, one of the banks in charge of the operation said on Wednesday, valuing the firm at about 3.5 billion euros (A$5.5 billion).

One of the bookrunners said the IPO - which will likely be one of France's biggest initial public offerings of the year - is already oversubscribed, although the books will not close until Thursday midday.

On Oct. 5, OVHcloud - the second-biggest European-based cloud services provider after Deutsche Telekom's T-Systems according to Synergy Research - had set a price range of 18.5 to 20 euros per share, which would lead to a market value of 3.50 to 3.74 billion euros. The company was not immediately available for comment on the likely outcome.

The firm had also said that new shares would raise about 350 million euros, while the sale of existing shares by shareholders including the Klaba family would account for a further 50 million euros.

Since then, financial markets volatility due to fear of inflation and possible monetary tightening, as well as the troubles of Chinese real estate giant Evergrande, have led to uncertainty and French Icade Santé and Swiss Chronext have both dropped listing plans.

OVHcloud's IPO is going ahead despite the market uncertainty and news of a network outage on Wednesday, just two days ahead of its planned listing on Friday.

Chairman Octave Klaba said on Twitter the outage had followed a "human error" during the reconfiguration of one of its data centres in the United States. The network returned to normal around an hour later at 0815 GMT.

It was the second major disruption for OVHcloud this year.

In March, a fire at the company disrupted millions of websites, knocking out government agencies' portals, banks, shops, news websites and taking out a chunk of the .FR web space.

OVHcloud is seen by some politicians as a potential alternative to U.S. giants Amazon Web Services, Microsoft's Azure and Google Cloud.

However, the company has so far lacked the scale and financial clout to dent these firms' market share.

Eliminating departmental friction within MSPs
By Richard Lough and Mathieu Rosemain
Oct 14 2021
6:50AM