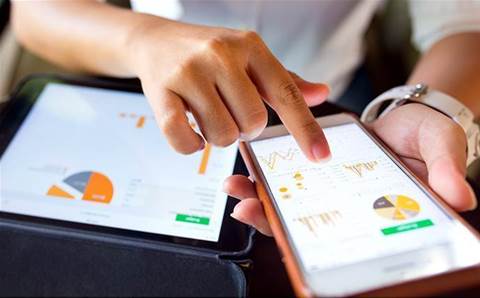 Ovo Mobile has continued to beef up its data-heavy offerings with a 150 gigabyte prepaid mobile broadband plan, up from its 100GB plan released last year.

The new broadband-only offering will be $89.95 per 30 days on the Optus 4G network with no lock-in contracts. The plan is BYO, but mobile routers are also sold separately by Ovo.

In comparison, the 100Gb plan launched in September last year costs $100 per month.

“If 2018 has told Australia telcos anything, it's that we as consumers expect more data for less,” Ovo chief executive Matt Jones said.

"More than 60 percent of Ovo's customers are under the age of 28. We're talking about a generation of renters who grew up on mobile, and typically leave home each day with a variety of connected devices they expect to be able to access wherever and whenever they go.”

The telco said it is “speaking to the largest single group of data consumers in Australia”, citing recent Australian Bureau of Statistics figures, whose findings show that some 6.2 million broadband subscribers were on mobile wireless, with 3.7 million on fixed DSL connections and 2.97 million on fixed fibre.

Ovo is also looking to cater to its growing OVOPlay audience, particularly content such as the Australian Esports League (AEL), which almost exclusively stream entertainment on mobile devices.

“At Optus Wholesale, we are delighted to power this great new offer with the full strength of our award-winning 4G plus mobile network.”

Matt Jones said Ovo expects sales of the 150GB plan to increase, allowing customers to start to downgrade their mobile phone plans to something with unlimited calls and text, but less data.

"We are a mobile nation. With this plan, we're providing another option for Australian broadband subscribers who don't see the sense of paying for an internet connection that's restricted to a fixed address,” he said.

"All this is heading toward a near-future of unlimited allowances on mobile data plans. Our 150GB release is another leap forward toward that day."

7 steps to MSP success: from pricing to specialisation
By Nico Arboleda
Apr 9 2018
10:39AM