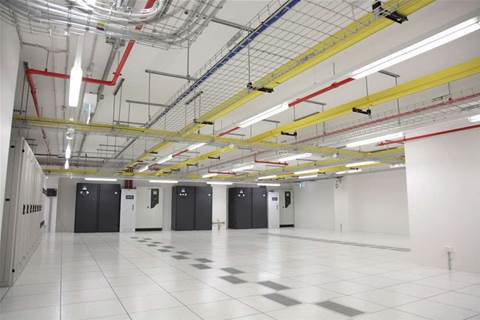 Linked gallery: Photos: A look inside the Pacnet facility

Pacnet has completed a $38 million expansion of its Sydney CBD data centre by fitting-out its second and third floors.

The new floors expand on the initial data floor that was opened in February 2011 and bring the total investment in the centre as high as $55 million, eclipsing earlier estimations of a total cost of around $40 million.

Stitt said the original floor space was "pretty much full" and the company had just started selling co-location space on the second floor.

"We're just working through our funnel [of prospective customers] now," he said.

"We're very conscious of the type of customer we want to attract," Stitt said.

"A typical customer would be a business customer that has a multi-site environment. They're buying network connectivity off Pacnet, they may be buying some managed services off us, and they need co-location."

The company has performed some consolidation of its data centre assets into the Sydney CBD facility. Pacnet indicated in 2011 it could scale back its leased space in facilities such as Global Switch, and Stitt confirmed this has taken place.

"Global Switch will remain a [Pacnet network] point of presence, but as far as customers' [equipment] and our core network it's all consolidated back here [in our CBD facility]," he said.

The company still runs out of suites in Melbourne and Brisbane, rather than build its own facilities in those cities.

Stitt also indicated that Megaport had recently chosen the Pacnet Sydney data centre as the location for a "Meganode", and that Pacnet is also considering a point of presence in a Canberra Data Centres-owned facility.

He also said Pacnet kept an option over an additional floor of space at the Sydney facility but would decide on whether to fit it out once space in other levels were sold.