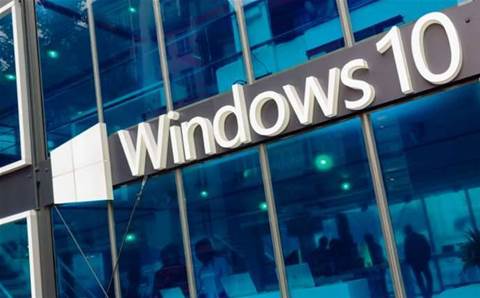 Update 3:55pm 6.5.2016: Pact Group has advised Kloud was only involved with the Office 365, EMS, AD and Intune work, but not Windows 10. Impeltec is performing the Windows 10 pilot, while the 1,700-seat deployment will be executed by HCL.

The migration is already underway and is expected to be completed by October this year.

Pact Group, spun-off from Visy in 2002, produces packaging products for the food, dairy, beverage, chemical, agricultural and industrial sectors. The company turned over $1.2 billion in revenue in the 2015 financial year.

The ASX-listed manufacturer was looking to create a more efficient platform for its integrateed automated manufacturing. A major requirement was elasticity as Pact continues to acquire new businesses and integrate their platforms into Pact's. Since 2002, Pact Group has made close to 50 acquisitions, but still maintains an IT headcount of just five people.

Kloud began a managed services deal with the ASX-listed manufacturer around two years ago. It has since migrated Pact’s entire on-premise infrastructure to Microsoft cloud solutions, including an Office 365 rollout for 1,700 employees.

“Prior to Windows 10, Kloud was never a business that focused on devices, so operating systems weren’t really in our core skillset,” said Schneiderman.

“When Microsoft released their cloud-first strategy, we saw it as a real opportunity because if you want to enable a cloud workplace – which is what customers ask for - Windows 10 is a great solution.”

“We found that what we have always done around Office 365, EMS, etc. was just enhanced with Windows 10. A single partner can unify that with a laptop, mobile or desktop, and that’s a really compelling value proposition for our business model.”

“As the core enterprise platform for the business across sales, manufacturing, and finance, SAP is used around the clock,” said Pact Group chief information officer Michael Ross. “Azure enables us to offset cost by scheduling shut-down of workloads that are not required on a 24x7 basis.

"If we need infrastructure for tactical deployments, we can respond quickly with near unlimited capacity while we are managing an acquisition; then, when completed, we can switch it off. We pay just for what we use.”

Kloud is an award winning Microsoft partner specialising in cloud migrations and management. The company placed No. 25 in the 2015 CRN Fast50 with 58 percent growth in revenue, to hit the $30 million mark.

In January, Kloud was acquired by Telstra, becoming the enterprise application arm of the telecommunications giant, for a reported $40 million.

Telecommunications Services
By Brendon Foye
May 5 2016
7:15AM