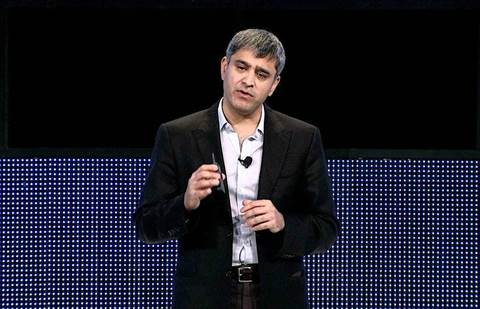 Palo Alto Networks has brought in the leader responsible for growing Google Cloud into a multibillion-dollar business to be its next president.

The platform security giant announced late Monday that Amit Singh will start 1 November as president of Palo Alto Networks. Singh will replace Mark Anderson, who has been with the company for 6.5 years and served as president since August 2016.

"I have been continually impressed by Amit's leadership and believe his experience growing cloud businesses and driving revenue at scale will help us strengthen our position as the clear leader in cybersecurity," said Palo Alto Networks CEO Nikesh Arora in a statement.

Singh worked alongside Arora at Google between May 2010 and December 2014, where the latter helped grow Google's search business from US$2 billion to more than US$60 billion and led more than 20,000 employees. Arora started as CEO of Palo Alto Networks in June.

For the past 2.5 years, Singh has served as Google's vice president of business and operations in emerging computing platforms, including augmented and virtual reality. There, he has been responsible for partnerships, monetisation, and bringing products and services to consumers, creators, and the education space, according to Google.

"After extensive discussions with the leadership team and the board, I am convinced that Palo Alto Networks is best positioned to help companies protect their information," Singh said in a statement. "I look forward to applying my cloud experience to the challenges facing cybersecurity."

Singh will receive an annual base salary of US$750,000, a US$10 million restricted stock award vesting over four years, and US$24.5 million of performance-based stock options contingent of the achievement of certain stock price targets within the next seven years, according to a filing Monday with the US Securities and Exchange Commission (SEC).

Outgoing Palo Alto Networks president Mark Anderson received US$6.53 million in total compensation for the fiscal year ended July 31, 2017. Anderson informed Palo Alto Networks of his decision to resign as president on Wednesday, just one day before the company's board of directors appointed Singh to the presidency.

"We thank Mark for doing a tremendous job of putting Palo Alto Networks in a strong position for continued success," Arora said in the statement.

Many observers, including Raymond James analyst Michael Turtis, believed that Anderson would be selected as the next CEO of Palo Alto Networks when longtime leader Mark McLaughlin stepped down as chairman and CEO in June of this year. Palo Alto Networks didn't immediately respond to a request for comment on this.

"I'm grateful for the support of my colleagues and the talented team at Palo Alto Networks, and am fully committed to a smooth transition," said Anderson in a statement. He will remain with the company as an advisor until 1 May 2019, to facilitate a smooth transition of responsibilities.

Palo Alto Networks' stock price fell 3.79 percent to US$201.28 in after-hours trading Monday. The company also reiterated its guidance for the quarter ended 31 October of total revenue between US$625 million and US$635 million, with diluted non-GAAP net income of between US$1.04 and US$1.06 per share.

In addition to getting both a new CEO and a new president in 2018, Palo Alto Networks global channel leader Ron Myers left the company in August and was replaced by Americas channel chief Karl Soderlund. Soderlund joined Palo Alto Networks as vice president, Americas channels in 2017 after serving as Imperva's global channel chief for one and a half years.

Eliminating departmental friction within MSPs
By Michael Novinson
Oct 16 2018
10:30AM