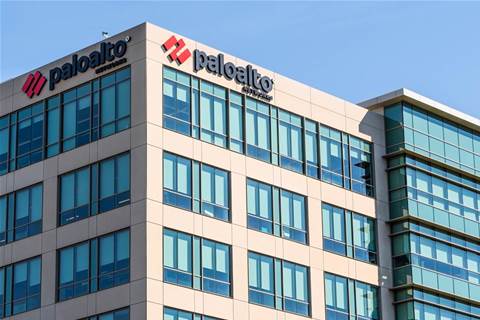 Competing against CrowdStrike in the XDR market has been challenging for Palo Alto Networks given CrowdStrike’s substantial advantage in salespeople dedicated to the emerging technology.

“While our product now technically ranks better than CrowdStrike and on par with SentinelOne and the others, the challenge we see is we don’t have as much coverage as CrowdStrike,” Arora told investors.

So they’re in more deals than we are, and that’s by virtue of the fact that they have eight times more dedicated salespeople chasing the XDR category, and we don’t.”

Palo Alto Networks pretty much never loses XDR deals to CrowdStrike for technical reasons, but will lose some deals it if becomes a price war since the company isn’t willing to bend on price, Arora said.

He added that Palo Alto Networks’ products are slightly more expensive than some of the other players in the market. CrowdStrike and SentinelOne didn’t immediately respond to CRN requests for comment.

“We see reasonably good win rates against them [CrowdStrike] where we are present,” Arora said. “I think our challenge is we’re not present in as many deals as we’d like to be present in, because they’ve been at it for seven years, we’ve been at it for two-and-a-half.”

Arora said Palo Alto Networks’ Cortex XDR is great from a technical standpoint, and the company is now trying to create more muscle around being able to do those deals. Given how competitive the XDR market is with the likes of CrowdStrike and SentinelOne, Arora said Palo Alto Networks has to do a whole bunch of US$1 million to US$5 million deals in the space in order to be successful.

The company’s products almost never get thrown out because they don’t cut it from a technical standpoint and clients are increasingly willing to pay a premium if feel they’re getting better protection.

“We have to look hard at how much investment we want to make on the sales side," Arora said. “[But] we don’t want to throttle the growth opportunity for us … And if that requires us to invest and look for leverage in future years, we’ll do that.”

Palo Alto Networks sales for the quarter ended April 30 jumped to USUS$1.07 billion, up 23.5 percent from USUS$869.4 million a year ago. That edged out Seeking Alpha’s estimate of USUS$1.06 billion.

Grow your software revenue by selling these 5 affordable, essential tools for the modern workplace
By Michael Novinson
May 24 2021
7:06AM