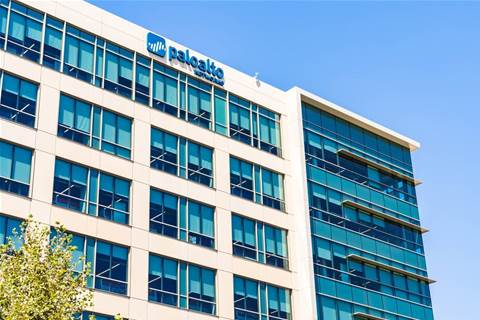 “Very large enterprise companies have been built by successful M&A strategy,” Arora told investors Monday during the company’s earnings call. “We believe that our ability to acquire, integrate and leverage our go-to-market for acquisitions is a strategic competitive advantage.”

The platform security vendor has spent US$2.7 billion to acquire eight up-and-coming cybersecurity companies since the start of 2019, most recently scooping up attack surface management vendor Expanse for US$800 million just last week. Arora said these deals are predicted to account for roughly 15 percent of Palo Alto Networks’ billings in the fiscal year ending July 31, 2021.

Palo Alto Networks looks for early-stage companies with products that are easy to integrate, address areas of high customer demand, and where the vendor believes it can significantly change the trajectory of the acquired asset, Arora said. The company will continue to be opportunistic in pursuing acquisitions going forward to maximize its long-term growth prospects, according to Arora.

Palo Alto Networks plans to offer all CIOs and CISOs attending the company’s Ignite user conference this week an Expanse exec report, which Arora said provides a vulnerability map and insights into the client’s complete attack surface, risks and suspicious activity. The initiative should be a great lead generation tool, allowing the Palo Alto Networks sales team to hit the ground running once the Expanse deal closes.

“It’s because of Expanse’s insight that their technology is trusted by some of the world’s largest and most complex organizations, from members of the Fortune 500 to the U.S. military,” Arora said.

Palo Alto Networks’ stock climbed US$13.89 (5.37 percent) to US$272.59 per share in morning trading. Earnings were announced before the market opened Monday.

For the coming quarter, Palo Alto Networks expects diluted non-GAAP net income of US$1.42 to US$1.44 per share on total sales of US$975 million to US$990 million. Analysts had been expecting non-GAAP earnings of US$1.35 per share on total revenue of US$971.2 million, according to Seeking Alpha.

Grabbing the hybrid cloud opportunity with Lenovo and Azure Services
By Michael Novinson
Nov 17 2020
6:45AM