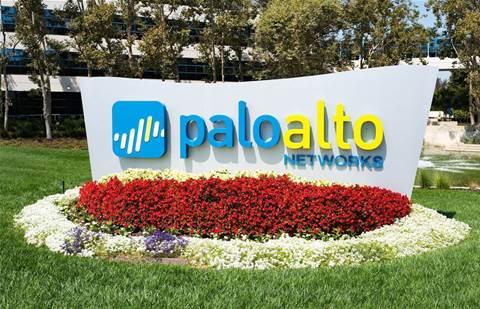 Palo Alto Networks CEO Nikesh Arora said the company's proposed acquisition of Demisto will help customers get away from having to hire more security analysts to process more alerts.

Clients are getting between three and ten times more alerts today than they were just two-to-five years ago as the number of cybersecurity tools in the ecosystem proliferates, Arora told Wall Street analysts on Tuesday. And up until now, Arora said customers have felt like they need to hire more and more analysts to figure out how to solve those alerts.

"We realise there's a crescendo of people saying 'I need more help solving these alerts than going out and generating them,'" Arora said Tuesday. "Demisto fits squarely in that sore spot of the industry."

Palo Alto Networks said customers can benefit from receiving additional alerts if they're able to tap into automated playbooks and analytics akin to what's offered by Demisto, according to chief product officer Lee Klarich.

"More data is always a good thing, but only if, for the majority of that, we can automatically deal with it," Klarich told investors.

The company's new XDR detection and response tool, meanwhile, provides businesses with the ability to stitch together data from different sources, really understand it, and proactively present it to a SOC (security operations center) analyst for more sophisticated attacks. This information will make it easier for an analyst to understand the alert, investigate it, and initiate a response, according to Klarich.

"[Demisto and XDR] works very sort of hand-in-hand in terms of how a SOC analyst would think of the capabilities," Klarich said.

XDR leverages data that's collected from Palo Alto Networks firewalls, the Traps endpoint protection product, as well as cloud security sensors to provide a major boost to the SOC, Arora said. This capability runs on the Cortex platform, which Arora said is deployed on the public cloud and relies on native artificial intelligence to better handle massive amounts of incoming data.

Palo Alto Networks sales for the quarter ended 31 January skyrocketed to US$711.2 million, up 30.4 percent from US$545.6 million the year earlier. That crushed Seeking Alpha's projection of US$682.2 million.

Palo Alto Networks' stock jumped US$25.45 (10.8 percent) to US$261 per share in after-hours trading Tuesday. That's the company's highest-ever trading price since going public in July 2012.

Subscription and support revenue for Palo Alto Networks increased to US$439.6 million, up 29 percent from US$340.8 million the year before. And product revenue jumped to US$271.7 million, up 32.6 million from US$204.8 million last year.

For the coming quarter, Palo Alto Networks expects non-GAAP net income of $1.23 per diluted share to $1.25 per diluted share on total sales of US$697 million to US$707 million. Seeking Alpha had been projecting non-GAAP net income of $1.25 per share, with the Palo Alto Networks revenue outlook matching consensus on the low end.