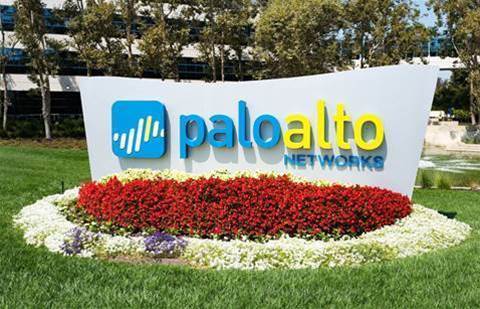 The platform security vendor will spend between $450 million and $500 million on the acquisition of Twistlock, which is expected to be announced Wednesday, according to Globes. Palo Alto Networks is scheduled to report earnings after the market closes today.

Palo Alto Networks is also slated to acquire a different Israeli security startup for between $50 million and $100 million, Globes reported, with the announcement of that deal expected to come as soon as Wednesday. Neither Palo Alto Networks nor Twistlock immediately responded to requests for comment.

Palo Alto Network’s stock is up $0.41 (0.19 percent) to $214.89 in pre-market trading Wednesday morning. The Globes and Calcalist reports came out overnight Wednesday.

Twistlock was founded in 2015, and develops cybersecurity software for serverless, cloud, and container-based applications. The company announced in August that it had closed a $33 million Series C funding round led by Iconiq Capital, bringing the company's total equity funding to $63.1 million, according to CrunchBase.

Israeli entrepreneurs and former Microsoft engineers Dima Stopel and Ben Bernstein founded Twistlock, and the company maintains a research and development operation in Herzliya, Israel. The company currently employs 126 people, up 52 percent from 83 employees a year ago.

Twistlock's initial focus on locking down Docker containers has expanded toward a broader set of capabilities for securing apps built on the many containerisation platforms on the market, as well as serverless environment and virtual machines. The company's $33 million Series C round will primarily go toward research and development to build out that product line, Bernstein told CRN USA in August.

Technologies like the Kubernetes cluster orchestrator, hosted orchestration services from cloud providers, hybrid clouds, micro-services architectures, and Fargate, a serverless container service from AWS, are increasingly becoming "part of a single continuum," Bernstein told CRN. Twistlock needs to advance its offerings to span all platforms used for cloud-native development and deployment, he said.

Palo Alto Networks has infused its C-suite with new talent over the past year, bringing in former SoftBank and Google executive Nikesh Arora as CEO in June and ex-Google executive Amit Singh as president in October. The company reported total sales of $711.2 million in its fiscal second quarter of 2019, which ended 31 January, 2019.

Palo Alto Networks has made four acquisitions since the start of 2018, kicking things off in March 2018 with the $300 million purchase of Evident.io to make it easier for enterprise cloud users to keep their deployments compliant and secure. A month later, the firm boosted its data collection and visualisation capabilities on the endpoint through its purchase of emerging vendor Secdo for a reported $100 million.

Cloud application revenue made easy
By Michael Novinson
May 30 2019
6:15AM