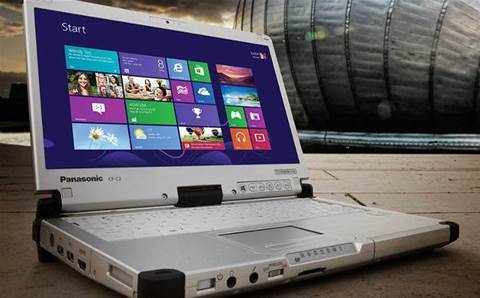 Panasonic Australia is recalling three models of its Toughbook laptop range due to faulty battery packs, which may overheat and potentially cause a fire hazard.

The company yesterday issued a recall of its Toughbook CF-AX, CF-C2 and CF-SX series laptops that were sold from April 2013 to March 2016.

Panasonic said the issue was caused by a software configuration issue that could cause the battery pack to discharge and potentially overheat, potentially leading to smoke and a fire hazard.

Customers are urged to check the laptop battery pack to determine if any excessive heat is present, and to adjust the charging control utility to “Eco Mode”.

The company will also be releasing new battery charging configuration software for the laptops on 12 June. Customers are encouraged to register their details to receive the new software through Panasonic’s recall page or over the phone.

Panasonic has issued recalls for a number of its Toughbook laptops and Toughpad tablets in recent years, all of which related to faulty battery packs.

A recall for its Toughpad FZ-G1 models Mk1, Mk2 and Mk3 was issued in April last year, while its CF-VZSU61U rechargeable battery packs were recalled in February 2016. Panasonic has also recalled at least 43,000 faulty battery packs in 2014, after three of the devices caught fire in Asia.

Telecommunications Services
By Nico Arboleda
May 31 2018
10:16AM