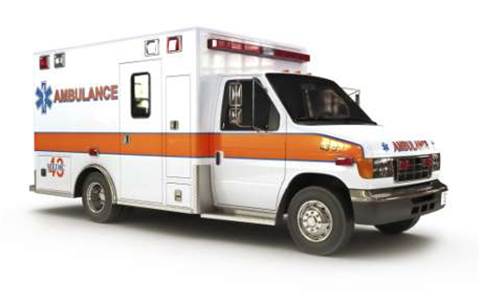 The Queensland Ambulance Service is preparing to equip its workforce with tablet devices, following a successful trial of an iPad application that allows paramedics to report patient cases while on the road.

The agency, whose IT has recently fallen within the remit of the new Public Safety Business Agency (PSBA), has approached the market for a partner to move the application out of pilot-status and into production, and tighten it up to deal with the highly sensitive data ambulance workers need to transmit.

Since late 2012, QAS has been trialing an iOS-based version of its electronic Ambulance Report Form (eARF), which would allow all the primary reporting tools needed by paramedics to be delivered via Apple's iOS platform.

eARF is a module of the broader Victorian Ambulance clinical information system (VACIS), jointly developed in 2006 by Victorian and Queensland ambulance teams. It allows operational staff to record day-to-day cases and transfer patient information to the receiving health provider.

According to tender documents, the trial found users preferred the 'simpler' and 'more intuitive' iPad interface over the existing desktop-based platform.

An independent review into the prototype - commissioned by the former Department of Community Safety - green-lighted the iOS platform as feasible for ambulance use.

The prototype was originally developed by local software consultant dbXpress and reviewed for DCS by Intelligent Pathways – both of whom have the opportunity to bid for the deal currently on offer.

The QAS has also asked bidders to quote costs for the expansion of the capability to Android and Windows operating systems.

The Ambulance Service described the app development as part of a wider strategy to move the organisation's dependence "away from ageing technology and associated systems into multi-functional contemporary mobile platforms that can deliver portable, flexible and functional operational and reporting solutions".

Once live, the app will allow paramedics to receive the details of a job directly from the state’s computer-aided dispatch system and enter patient information back into the system on the go.

QAS hopes to have contracts signed by mid-November with a view to starting work by December 2014. A successful bidder will be signed for build and support for up to seven years.

The vendor partner will secure the application for sensitive data held within, refine the user experience, decouple the app from existing underlying systems and implement any missing features.

The QAS' move follows in the footsteps of its colleagues in the state’s police service, who have also gone down the mobility path and issued 400 Apple devices to cops on the beat.

Earlier this year, PSBA CIO Jenson Spencer told iTnews he expected to see firies and paramedics also using mobile devices in the not too distant future.