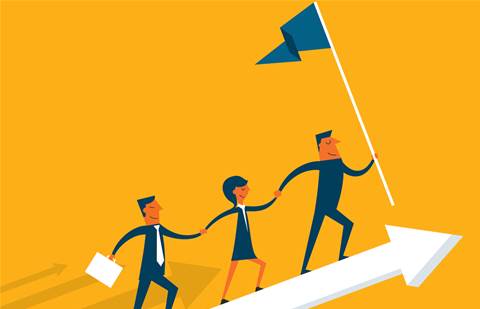 While some Microsoft partners have been less than thrilled about the recent changes to Microsoft’s 365 pricing structure, others see it as, at worst, an “embraceable change” and, at best, providing partners with “a lot more security”.

That’s according to trans-Tasman IT services provider Fusion5’s executive director Sven Martin, who told CRN that he sees resistance to the incoming changes as a reaction to a loss of “psychological freedom”.

The most controversial aspect of the new structure, known as the New Commerce Experience, is that customers who sign on to a 12-month contract will no longer be able to scale down the number of licences. This means those who seek flexibility will have to pay a 20 percent premium on top of the incoming 15 percent price increase across the board.

While other partners consider this antithetical to a modern approach, both Fusion5’s Martin and Brisbane-based IT provider TechConnect’s director Clinton Thomson say that the changes are actually reflective of Microsoft catching up with the SaaS status quo.

“It's not an unusual licencing model,” Martin said. “Most software vendors, especially in the app space, do that. Slightly different than in the consumption space, like with Azure where you do need to actually consume what you're using but Microsoft are not changing that.”

Thomson added, “You pay good money for a good tool, and they're certainly leading that [productivity] space, so maybe they’re just price correcting. Is it gonna stop our customers from using the product? No. Will our bigger customers look at longer-term contracts now that they're available? Certainly.”

Both execs agreed that having the stability of long-term contracts, without the option to scale down licenses to near-zero, actually solves more problems than it creates.

Martin added that it will also mean more security and predictability on both sides of the partnership.

“Customers get security on their pricing. They know that they're locking in this budgetary spend for their applications, for the period that they choose to lock it in for – and partners also know that that’s a secure revenue source.”

Martin and Thomson both admitted that there were cases where the constraint against scaling licence numbers down would be an issue, such as in large companies that have a seasonal workforce. However, they noted that companies with dynamic staff numbers would already be used to managing those kinds of challenges – and their partners should be too.

“On those genuine seasonal cases, those are probably ones that would really have benefited from that lever to go up and down quite easily. I can see that being an issue,” said Martin.

“As a partner, we just have to be quite creative with how we work with customers in terms of making sure the business value is still there from the seasonal usage of the software versus when it's not being used.”

Thomson noted that those cases are few and far between and, for them, the cost of flexibility is already the cost of doing business.

While it may mean more effort and admin for partners to get the balance of monthly, 12-month and 36-month contracts right for each customer, Thomson and Martin say that, at the end of the day, the effort will be rewarded.

As well as preventing customers from jumping ship to other partners offering licencing discounts, having a long-term contract means the opportunity to find further ways to find value in the partnership for both sides.

“There's a good opportunity for customers and partners to go and have a good conversation around how they are using the tool and license accordingly,” said Martin.

Thomson said that Microsoft’s tools offer huge potential value for customers and that helping them find that value is what makes a partner competitive – not cheap subscriptions.

“If you get the balance right and you give them the right packages for the long term and short term and on-demand, they're gonna enjoy working with you,” he said.

“We are going to go in eyes open and going to figure it out as we go and work with our customers to try and get them the best outcome. That's all we can do and that's what we’re here for.”

Note: Thanks also to OzHosting chief executive Doug Endersbee for his perspective on this issue.