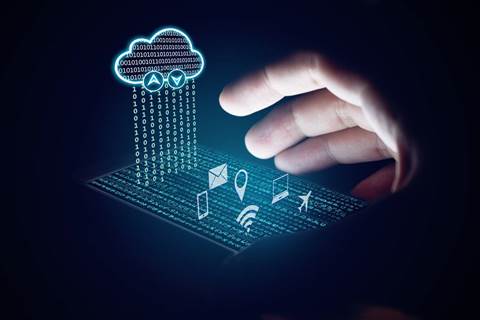 The series of Office 365 outages that has plagued users and managed services providers over the past two weeks appears to be a sign of growing pains at Microsoft, as demand continues to surge for its cloud infrastructure, US solution providers told CRN.

Microsoft has suffered three major outages for Office 365—the suite of productivity apps that includes Outlook and Teams—since 28 September. Most recently, an outage on Wednesday impacted parts of Office 365 along with the admin center over the course of four hours, in the middle of the workday in the US.

Microsoft has blamed different specific causes for each of the outages, including a faulty code change that crippled Azure Active Directory authentication on 28 September and a problematic change to Azure network infrastructure that led to latency and failures on Wednesday in the US.

The common thread, however, may be that Microsoft’s staff members and infrastructure are struggling with unheard-of usage as widespread remote work and learning continues, according to solution providers, most of whom asked to not be identified.

For instance, Teams has rocketed past 75 million daily active users, according to the latest figures provided by Microsoft, in late April. That’s about four times the size of the Teams user base as of last November.

“We are telling customers--not all of ours have had problems--that Microsoft is facing unprecedented utilization and demand, and is feeling growing pains as they scramble to meet demand,” said one executive at a solution provider. “Ideally, this should not happen. Hopefully, Microsoft will learn and will plan/execute better in the future.”

Another solution provider executive said that the “frustrating” outages seem to be “an example of being a victim of success.”

“With so many people teleworking and using Office 365 and Microsoft 365, and more businesses and users migrating everyday, it’s difficult to keep up with that demand. Load on servers, developers, testers, etc. must be difficult to manage. Not to mention that the increase in teleworking allows users to work any time, so service windows are even more difficult to find,” the executive said. “Not being an apologist, Microsoft should have more than enough resources in money and personnel to handle this surge, and the associated growing pains that come with it, but every company has had issues when they have hugely successful platforms grow.”

“The outages have been challenging. This is definitely going to result in [service level agreement] payouts from Microsoft,” said an executive at a managed service provider. “Further, it reduces customer confidence in the platform, given the string of different issues.”

On Wednesday, Microsoft said it rolled back its recent network update in order to restore Office 365 services.

In a statement provided to CRN US on Thursday, a Microsoft spokesperson said that “we resolved the recent service interruptions impacting a subset of customers performing authentication operations and the issues that some customers may have experienced with Azure and M365 services.”

“While no cloud vendor is immune to downtime we continuously invest in the resilience of our platform and focus on learning from these incidents to reduce the impact in the future,” the Microsoft spokesperson said in the statement.

And because Valiant uses Teams internally, it was evident right away that something was wrong, he said.

“Since we’re heavily invested in the Microsoft stack, the majority of our clients are using Microsoft Office 365, and we try to migrate new clients to it,” Loughran said. “We got hit hard.”

Loughran said that he “would hope that they’ve scaled up for Teams” since the initial spike in usage in early March.

“If not, then that’s just sloppy,” he said. “Microsoft has the chance to beat Zoom, Slack and Google in the work-from-home playing field. But with three outages in less than two weeks, it doesn’t bode well.”