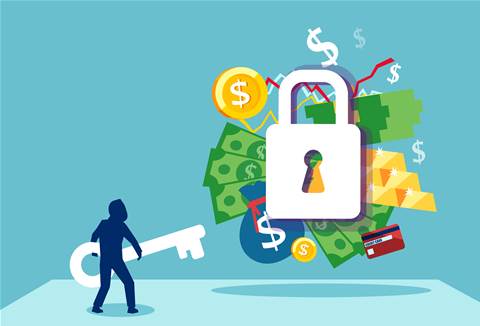 Microsoft’s recent subscription pricing changes, set to come into force at the start of 2022, are causing a stir amongst IT provider partners with many stating that they are counter to the ethos of flexibility that defines the modern approach to IT.

For the most part, partners seem reasonably philosophical about the general 15 percent increase on subscriptions for the Tech Giant’s 365 range, saying that the improvements in the products are worth it.

However, this coupled with the further 20 percent premium for users looking for a monthly subscription on top of that increase has sparked a global backlash amongst MSPs.

A petition has even been launched asking Microsoft to revoke the monthly premium, highlighting how valuable the monthly option is by referring to the COVID-19 pandemic that hit small businesses particularly hard.

“I support a price increase where the technology has improved significantly enough to justify it and with 365, over the last year and a half, the development into Teams and the development into OneDrive has been exceptional. I think they are very much justified in the price increase,” Perth-based MSP Ever Nimble chief executive and managing director Chris Morrissey told CRN.

However, Morrissey said that while the idea of a premium for a monthly subscription is “not unusual”, the way that Microsoft has gone about it goes against the idea of flexibility that defines the cloud.

“The cloud is supposed to be scalable,” he said. “We're moving customers to Azure all the time and … we used to go in and say, ‘well, this server needs to last you for five years.’ Now we talk about the scalability of the cloud. If your business is five staff today and 20 staff tomorrow, that's cool, we will scale it up, and then we'll scale it back down.”

He said that this is especially an issue for the Western Australia market which is largely composed of resources and mining, where staff numbers are constantly fluctuating.

This loss of flexibility will impact the level of service that IT providers can offer from day one, added Perth-based Catalytic IT director Michael Lester.

“To continue to offer this flexibility with [Microsoft’s new] licensing, a client would be subject to a substantial price increase. For those customers who want to ‘try us out’ – do they pay a substantial premium for licensing and then get a reduced license cost once they’re happy? Do we assume the risk?,” he said.

“It seems to reward those MSP’s who commit customers to very long-term contracts, which are often not in the best interests of the client. Whatever happened to standing by your product, rather than ‘locking people in’?”

Both Lester and Morrissey added that having to navigate the monthly premium will mean additional overhead costs for IT provider partners due to increased admin. For example, trying to predict how many yearly vs monthly licences a customer should have for Microsoft’s complex abundance of “SKUs upon SKUS upon SKUs,” as Morrissey put it.

The increase may also “strongly discourage businesses from adopting the higher tier licenses – which most sorely need due to the additional security capabilities exclusive to those tiers,” Lester said.

“Over time we were seeing increased adoption of the higher tiers as customers began to see the additional total value they offered,” he said. “We believe many who were considering this will now reconsider it in light of the pricing change.”

Considering the nature of the pricing changes, both companies are planning to wait until the last possible day before the change becomes mandatory at the start of 2022.

Microsoft remains one of the most dominant players in the business and productive application market and both Lester and Morrissey emphasised that the products themselves were high quality.

Lester questions why Microsoft is making a play to increase customer lock-in when “to be frank, it should not be required given the strength of the product. We know the product is a market leader, and adoption has shown this to be the case.”

“A further 20 percent surcharge that will hit customers simply because they want to retain the same level of flexibility they currently have is punitive.”

Microsoft has been approached for comment. The story will be updated with any information from the company once it is received.

Grabbing the hybrid cloud opportunity with Lenovo and Azure Services
By Ben Moore
Nov 9 2021
6:45AM