Payments not a banking priority: panel 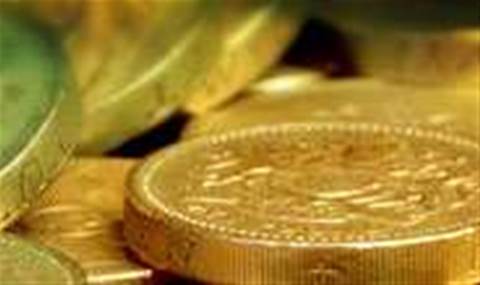 It may be up to third-party service providers to bring new payment technologies to Australia as banks focus on core IT upgrades, a panel has heard.

Banks and telcos have partnered on contactless payment trials since 2007, but according to user experience consultant Rod Farmer, the likes of Apple, Paypal and Google could lead the fray.

His comments resonated with those expressed by ANZ Bank CIO Anne Weatherston and UBank general manager Alex Twigg, who have previously named the technology giants as their new competitors.

“It’s always going to be hard to bring the banks to the table,” Farmer said at an AIIA panel discussion on Friday, highlighting challenges with introducing new infrastructure and standards in Australia.

Farmer highlighted services provided by Xero, Mint, BankSimple and wikinvest as evidence of a market for third-party financial products.

The challenge, he said, was integrating those products with banking systems.

“In general, I think that third parties are going to innovate faster than banks,” he said, describing the potential for a Paypal-iPhone 5 contactless payment system as “the perfect storm for disruption”.

“The exciting thing about the iPhone is about disruption,” he said. “It offers the shortest path between two points ... there are fewer mouths to feed.”

ING Direct’s CIO Andrew Henderson observed that a significant number of payments were starting to take place outside of traditional EFTPOS and credit card networks.

He highlighted virtual currencies including Facebook credits, used as a form of barter on the social network, and the open source, peer-to-peer BitCoin network.

“It’s something that we actually have to be a part of,” he noted.

“The question for us is what is our core business? Do we build another [payments] network, or take a different approach to focus on what banks are good at, which is on the trust side?”

The panel convened at the NSW Government’s Trade and Investment Centre to discuss the impact of ‘Gen Y’ customers on the financial services sector.

Westpac – founded in 1982 and one of Australia’s ‘big four’ banks today – expected the under-30 Gen Y demographic to turn to banks for advice, mentoring and “softer selling”.

“It’s a furphy to think that they only interact on the internet,” he said.

But for Henderson, the need for a branch was “a little bit hard ... to comprehend”.

ING Direct was conceived as a “branchless” bank when it launched in 1999, and now provided savings, mortgage and transactional accounts to more than 1.4 million Australian customers.

“It’s very easy to see the two as the same process, but they’re not,” he said.

“We’re in a situation where we need to start thinking about social drivers separately from channels [for banks to communicate with customers]. The two aren’t necessarily interlinked.”