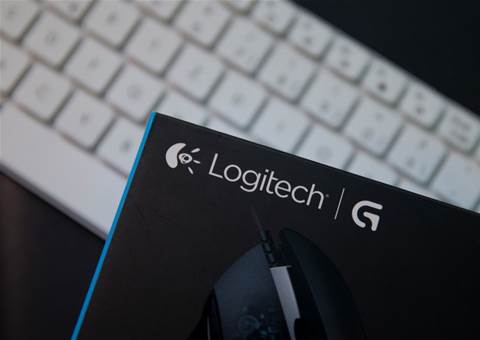 The vendor became the latest company to warn about the difficulties getting enough semiconductor chips due to clogged up transport links and stuttering factory restarts by suppliers.

"This supply chain challenge will continue throughout the rest of this year," Logitech Chief Executive Bracken Darrell told Reuters, referring to the company's financial year which runs to the end of March 2022.

"We will have some issues delivering at the levels of demand that are out there," he added. "On the logistics side, we just have to do the best we can, and plan well."

The time to air-freight components has increased to two weeks from four or five days previously, while costs have spiralled, Darrell said.

Logitech was reacting by adding more suppliers as well as building up its inventory of components to satisfy still strong demand driven by stay at home workers and gamers, the executive said.

During its quarter to the end of September, Logitech sales rose four percent to US$1.31 billion, beating a forecast of US$1.25 billion in a Refinitiv poll of analysts.

The figure was 82 percent above the comparable pre-pandemic figure for the second quarter of 2019.

Darrell said he did not think the work from home trend had been exhausted, with many customers now upgrading their home office computer equipment.

The Swiss-US company, the first to manufacture and sell computer mice in the 1980s, is also spending more on promotions and marketing in stores compared with last year when many retailers were closed.

Logitech maintained its outlook for the financial year through March 2022, still expecting full-year non-GAAP operating income of $800 million to $850 million and flat sales growth plus or minus five percent.

"They are well prepared with plenty of inventory into the Christmas season. And they can afford it given the healthy balance sheet," he said.

(Reporting by John Revill in Zurich and Akriti Sharma in Bengaluru; Editing by Sherry Jacob-Phillips, David Evans and Christina Fincher)