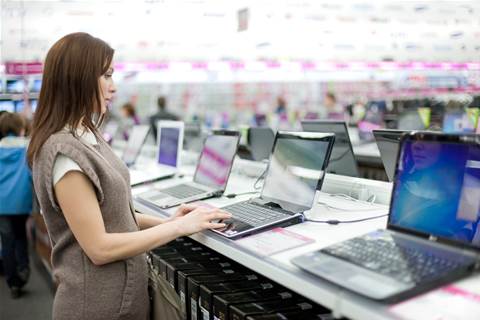 Rising demand for PCs from businesses, schools and consumers—along with a “sizable” backlog from last year—is expected to produce another huge growth year for the PC market, according to research firm IDC.

The forecast suggests a continuation of the rising demand for PCs that began in 2020 amid the widespread shift to remote work and learning. Global PC shipments grew 12.9 percent overall last year, IDC reported.

Demand from consumer and education customers remains a massive driver behind the expected growth for 2021, the firm said. But corporate upgrades—at least in part to outfit a “hybrid” workforce that splits time between the office and home--are also being cited as a major factor this year.

Commercial demand for PCs had lagged in recent quarters for some vendors, such as HP Inc.—which reported that revenue for its commercial personal systems business slipped by 6 percent for its fiscal first quarter ended Jan. 31. HP’s consumer PC revenue jumped 34 percent during the quarter, however, and the company’s personal systems business overall grew 7 percent for the quarter, year over year.

“We see growing demand from consumers as they shift spending from other areas to consumer technology and as they realize the importance of the PC,” Ubrani said. “Similarly, we also see growing demand driven by education and businesses as many of them are planning to implement hybrid models to enable work-from-home or learn-from-home.”

Another major factor is that “there’s also a sizable backlog from 2020 that has carried forward into 2021 as supply was not able to keep up with the demand,” he said.

PC makers have been reporting that demand for notebook PCs has been behind much of the growth since the beginning of the pandemic.

In HP’s recent quarter, for instance, the company saw a 33 percent increase in sales of notebook units—but a 23 percent drop in desktop unit sales.

Even with the expectation of substantial PC shipments growth this year, IDC noted in a press release that shortages of components—especially processors—“will continue to affect the market.”

However, “we anticipate the supply issues will start to alleviate just after midyear,“ Ubrani said in the news release.