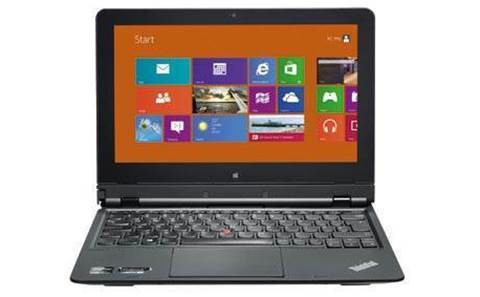 Worldwide PC shipments have grown year-over-year for the first time since 2012, but it's still too early to declare a full recovery, according to Gartner.

Shipments across the globe hit 62.1 million in the second quarter of 2018, up 1.4 percent compared to the same period in 2017. Gartner's research for PC shipments includes desk-based PCs, notebooks and ultramobile devices like Microsoft's Surface, but doesn't include Chromebooks or iPads.

All regions worldwide saw increased PC shipments, including Asia-Pacific which grew just 0.1 percent in the second quarter to reach 21.3 million thanks to improvements in the commercial segments in emerging Asian markets.

While the momentum is good news for PC vendors, Gartner principal analyst Mokako Kitagawa said the business segment will slow down in the next two years when the replacement peak of Windows 10 is over.

"PC shipment growth in the second quarter of 2018 was driven by demand in the business market, which was offset by declining shipments in the consumer segment.

"In the consumer space, the fundamental market structure, due to changes on PC user behaviour, still remains, and continues to impact market growth. Consumers are using their smartphones for even more daily tasks, such as checking social media, calendaring, banking and shopping, which is reducing the need for a consumer PC."

Kitagawa added that PC vendors need to look for ways to maintain growth as the Windows 10 upgrade cycle reaches its end.

As for market share, Lenovo saw a massive jump thanks to a deal in November which saw the Chinese vendor buy a majority stake in Fujitsu's PC unit.

Lenovo was almost tied with previous worldwide market leader HP Inc, just pipping out the US vendor with 21.9 percent market share and both with 13.6 million units shipped. Dell came in third with 16.8 percent share, followed by Apple with 7.1 percent and Acer with 6.4 percent. All other PC vendors accounted for 25.9 percent of the market.

Dell EMC worldwide channel chief Joyce Mullen, who was visiting Australia this week, told CRN that the vendor had seen 22 quarters in a row of unit and revenue share growth in client devices.

"We love seeing the momentum on the unit side. We are seeing the exact the same thing in the channel.

"There is no doubt there has been consolidation in the market, which has helped our share gain but we also won, I think, 83 awards with fewer products than previous years. Our investment in R&D and different product categories, also industrial design, functionality and battery life have been really been paying off."

Geoff Wright, general manager ANZ channel at Dell EMC, said: "Over the past few years we saw a lot of end users sweating the asset and trying to extend the life of their devices. We have seen a lot of organisations recognise that there is momentum in the market of new devices. Battery life has extended on laptops greatly. I can get all the way to Singapore on my laptop.

"Intel came out with the new generation of chips and we had a real opportunity in our market to take advantage of that. That came at the same time as the Dell Technologies-Dell EMC change, and we got a boost from that too.

"And we brought out new rebates. We have worked with our partners on profitability," Wright added.

Gartner also noted that all five of the leading PC vendors increased PC shipments in the second quarter.